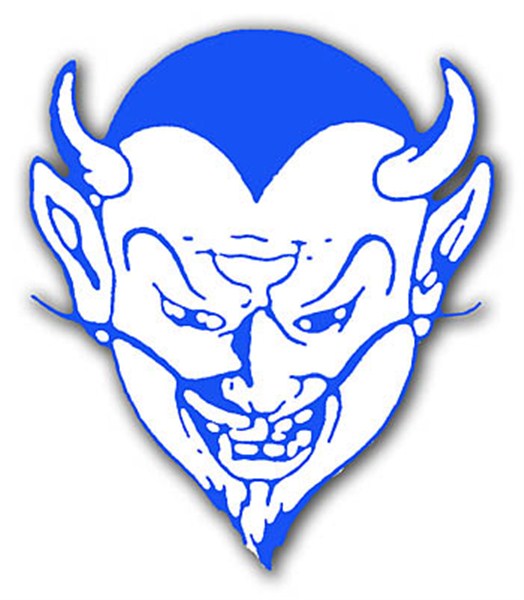 
WATER VALLEY – The 8th Grade Grid Iron Blue Devils won a hotly contested battle with neighboring Charleston Junior High 12-0 to improve to (5-0) on the Season in what can be described as a high school-like atmosphere on Tuesday, September 25 at Bobby Clark Field.
Not only did this year’s version of the 8th Grade team remain undefeated, but they secured a season-long unscored-upon streak.
Defensively, outside linebacker Shyhiem Brown paced the Blue Devils with seven total tackles, three sacks, and four tackles for loss. Safety Jack Pritchard also added a Red Zone interception as the Tigers were threatening to score.
Offensively, Running Back Quez Townes led the way behind stout offensive line blocking with 84 total yards and a touchdown. Quarterback Ross Ingram found Pritchard for a 70-yard strike to end all scoring.
The 7th grade team also showed marked improvement, but would up on the wrong end of a 14 to 18 decision and fell to (3-2) on the season. Cornerback Tyrese McGuirt opened up the scoring with a 52-yard fumble recovery for a touchdown.
McGuirt also ran the lone offensive touchdown in with a 36-yard scamper for paydirt.
Defensively, Linebacker Sam Van Winkle and Corner-back D’Onterious Hervey led the charge with five stops a piece. The Devils will travel to Bruce on Monday, October 8 and end the season by hosting Pope on October 16.