Pitt Panthers took the stage first at the Pep Rally 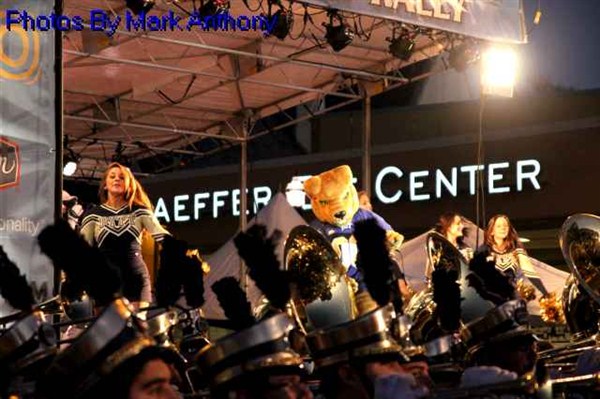 The Panther took to the stage! 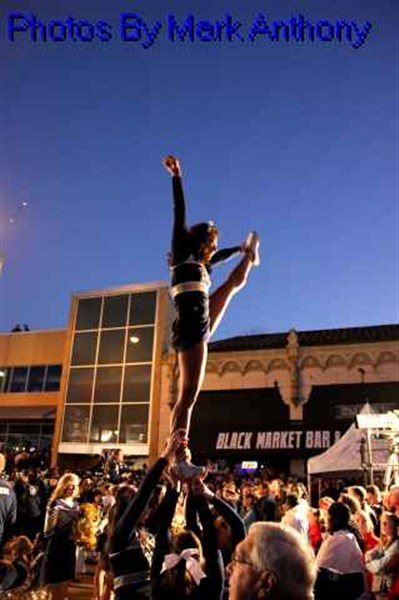 A guess of the crowd size was at least 10,000 mostly Ole Miss fans. 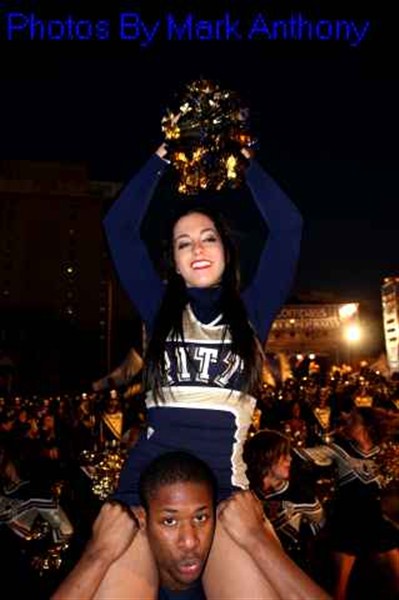 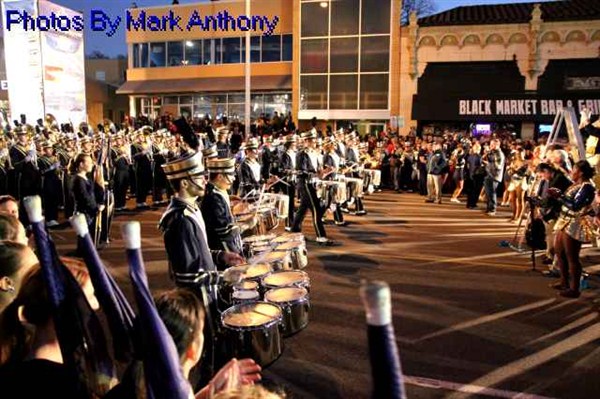 Pittsburgh had a very large band, that sounded Great… 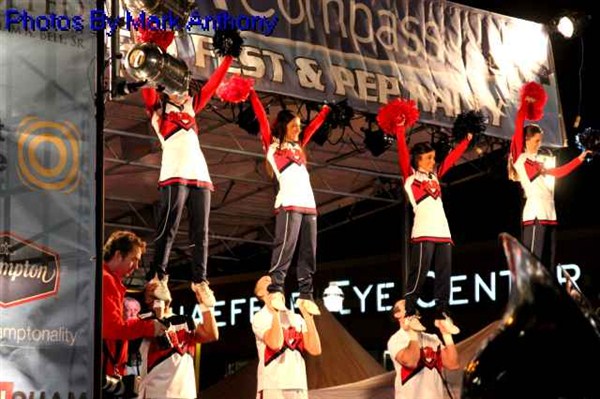 When Ole Miss took its turn at the Pep Rally the people came to life. One lady said I think the street is shaking! 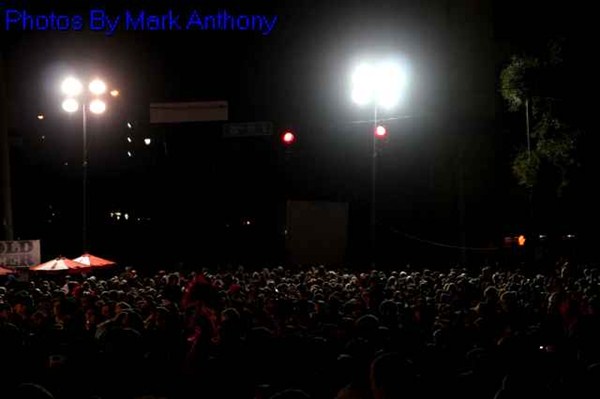 The people spilled over blocks away and around both corners at 5 Points. 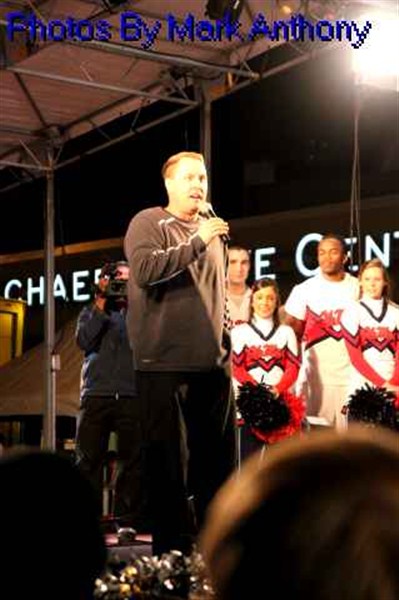 Hugh Freeze started the Rally off after a short delay in equipment malfunctions.. 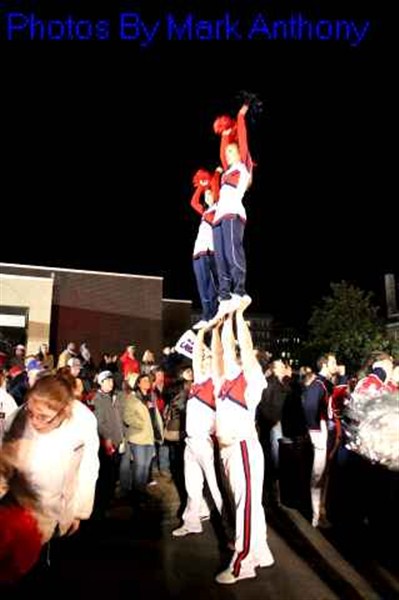 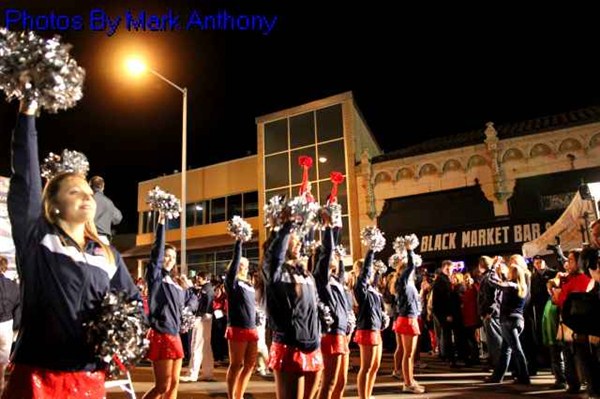 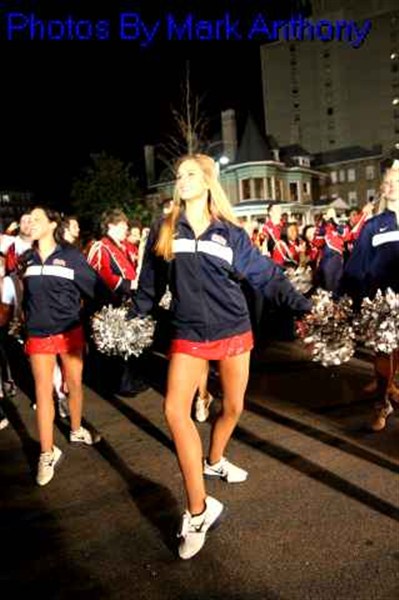 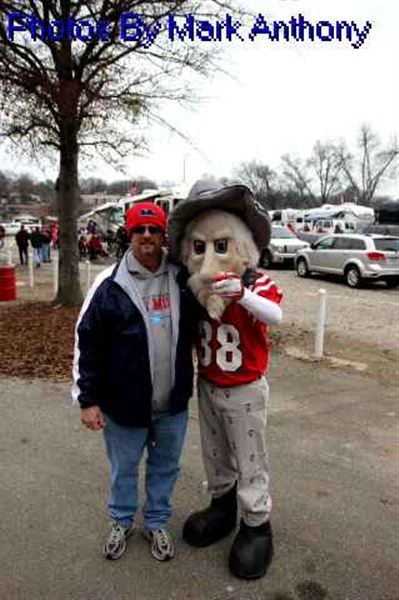 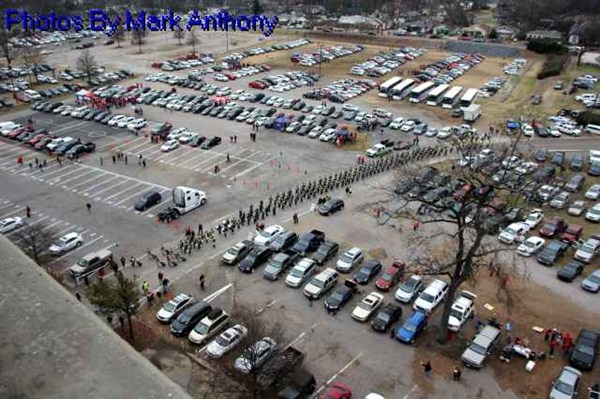 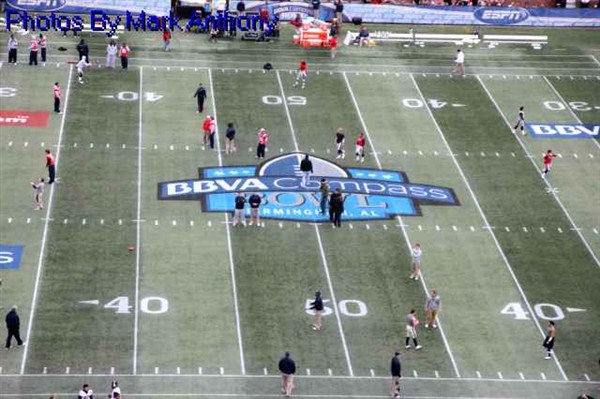 From the press box pre game. 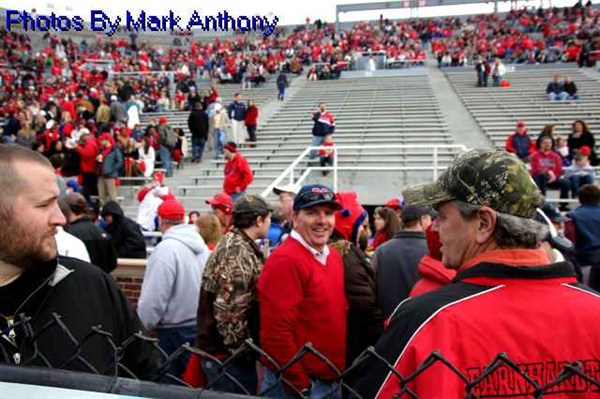 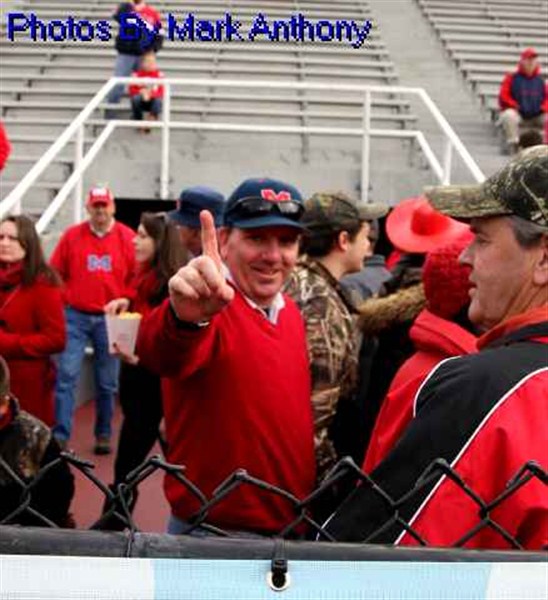 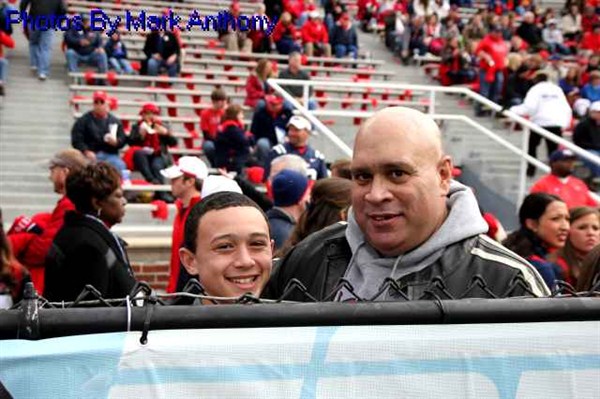 Fred Cotto and Son lil Freddy from The University of Mississippi. 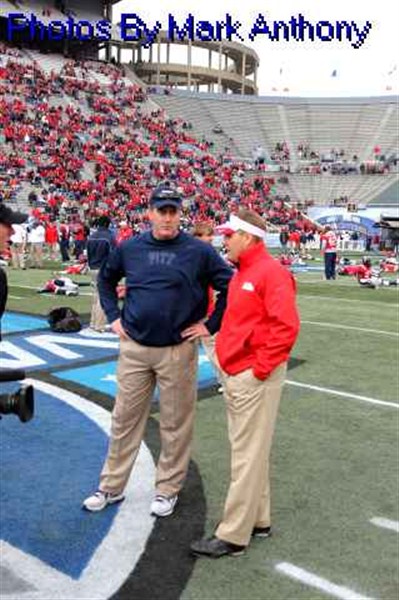 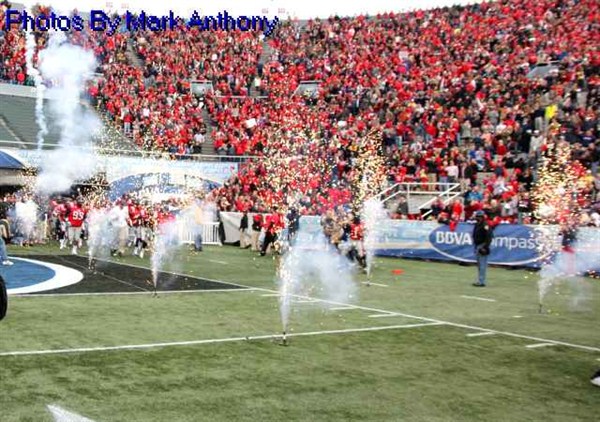 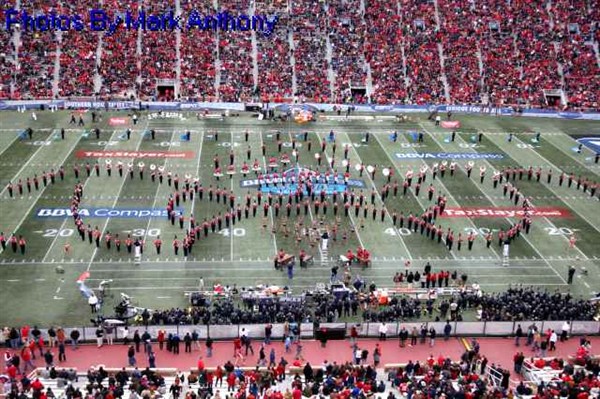 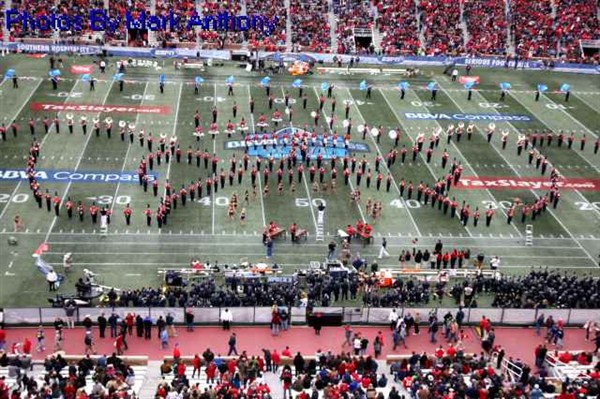 Half time from the press box… 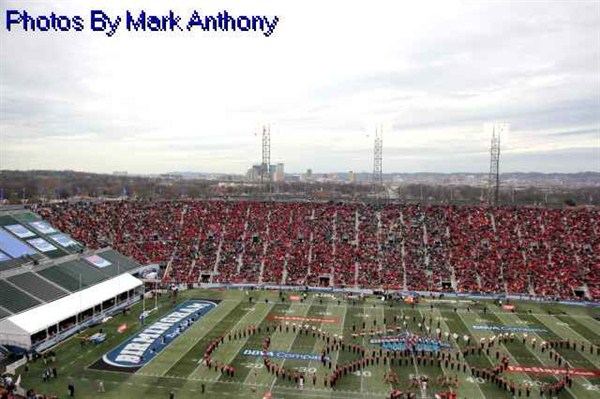 Birmingham Sky Line at half time from the Press area