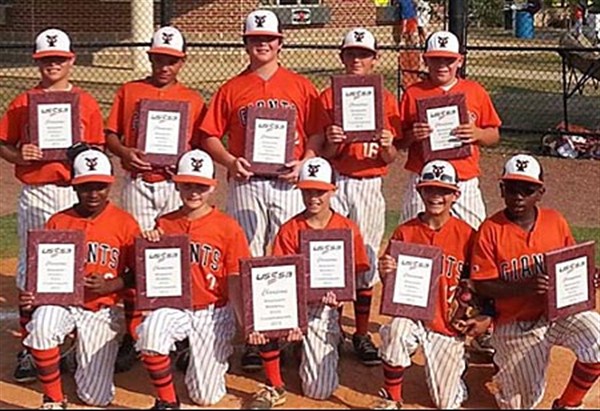 The Yalobusha Giants 10U “Major” travel baseball team captured the state championship in the USSSA’s highest classification last month in Flowood, beating the Madison Marlins 5-0 in the championship. This is the third consecutive year the Giants have won the Mississippi USSSA state championship – all in the highest classification (USSSA classifications are:  A, AA, AAA, and “MAJOR”).
The Giants recorded a perfect 4-0 record in the state tournament scoring 36 runs while only allowing 4.
They end the regular season with an impressive 57-12 record, six of these losses coming from teams who are 11U and 12U.  The Giants captured eight titles this year, including the Shreveport Super NIT and the Omaha Champions Village College WS tournament and have been in the semifinals in all 16 tournaments they have entered this year.
They will represent the state of Mississippi in the country’s most prestigious and most competitive travel baseball tournament, the Elite-32, at Disney’s Wide World of Sports July 13 through July 20 (they placed 5th out of 32 at this tournament last year as 9U).
This group of exceptional ball players have amassed a remarkable 236-52 record over the last 4 seasons; have won 39 tournaments; six state championships (three fall, three spring/summer); had four players elected to the USSSA 9U All-American team  (Trace Buffkin, Ozzie Pratt, Kemp Alderman, and Austin Ledbetter); are consistently ranked in the top 10 in national travel baseball publications; and have dominated travel baseball in the southeast since they were seven years old.
Posted in Local Sports 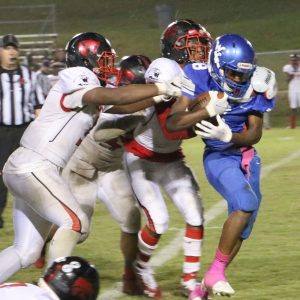