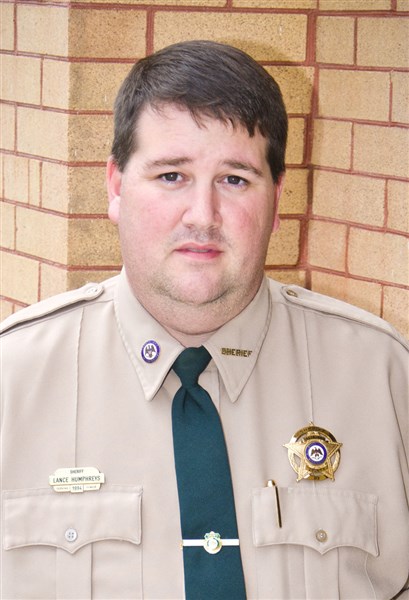 Sheriff Lance Humphreys is one of 21 professionals selected from across the state to serve on the Mississippi  Corrections and Criminal Justice Task Force. The task force was commissioned by the state legislature earlier this year to study conditions in the prison systems, sentencing guidelines and to make public policy recommendations to solve such problems as lack of judicial discretion in sentencing, prison overcrowding, recidivism and rehabilitation.
“Behind Louisiana, our state has the highest per capita incarceration in the country,” Humphreys told the Herald.  “This has caused the state’s correction budget to increase which ultimately affects us at the local level,” Humphreys told the Herald. “We get criminals sentenced, but they only serve a small portion of their time before they are out on the streets again.”
He is the only representative from sheriff’s departments across the state and serves with other appointments that come from the court systems, law makers, police chiefs and others.
Humphreys said the task force initially met monthly, then went to two meetings per month. In the remaining months before the 2014 session, Humphreys said he will likely travel to Jackson three times per month as the task force finalizes it’s recommendations.
“It’s a privilege to work with this group of professionals across the state,” Humphreys told the Herald. “It’s no secret that our criminal justice system needs overhauling in Mississippi.”
The task force is required to submit a final report that contains a detailed statement of findings, conclusions and recommendations of the legislature, governor and local governments by Dec. 31. The report will also be made available to the public.