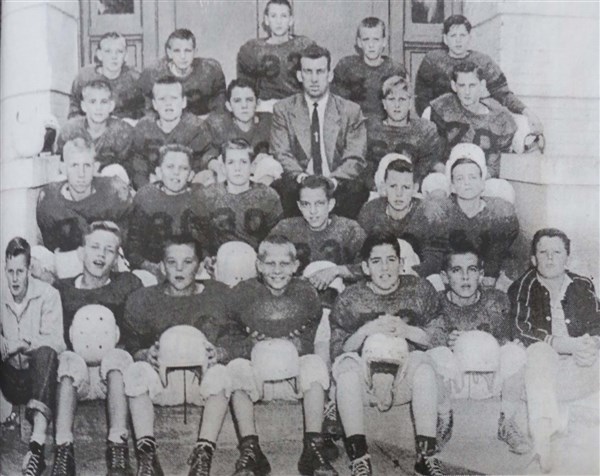 Blue Devils Dropped  A Close Game Against C’ville, 6-2, At 1986 Homecoming

A picture showed Mike Williamson in a cotton picker dumping a load of cotton. The report was, that following the drought, the cotton harvest was coming in short.

In a 3-3A struggle the Blue Devils beat the Independence Wildcats, 10-6. Head Coach Trent Hammond told his defense before Independence’s final drive that they had to win the game and they did. With the Wildcats on their 4-yard line, on third down and 49 seconds in the game, DeMarcus Wilson tackled Mays for a Blue Devil safety.

The Lady Blue Devils softball team defeated Byhalia in a double-header, 17-7, and 31-19, playing on Tyler-Ritter Field in Water Valley.

30 Years—October 16, 1986 – Eric Carlisle received  his black belt in karate after studying two years and nine months. A 19-year-old sophomore at the University of Mississippi, he is both a student and instructor for Barker School of Karate in Water Valley.

The Water Valley Blue Devils dropped a close game to the Coffeeville Pirates, 6-2, at homecoming.

The Calhoun City Wildcats and the Water Valley Blue Devils, after battling for four quarters, ended the game with a 6-0 victory for Calhoun City.

The Blue Devils shut-out North Panola, 46-0, in their homecoming game.

Yalobusha Hospital Administrator Paul Strode announced that the hospital is now qualified to participate in all federal programs, including Medicare.

Ginny Keen, daughter of Mr. and Mrs. Bill Keen of Route Four, Water Valley, will reign as Queen of National Newspaper Week at Ole Miss. She is a journalism major.

70–Years—October 17, 1946 – An automobile, a truck, and a pick-up were involved in an accident Sunday, which claimed the life of a 16-year-old girl. Jeannie Mae Chandler died almost instantly after falling from the truck. She was the daughter of Mr. and Mrs. Melvin Chandler.

The Youth Clubs of Yalobusha County had a fair, with exhibits housed in the Curb Market Building.