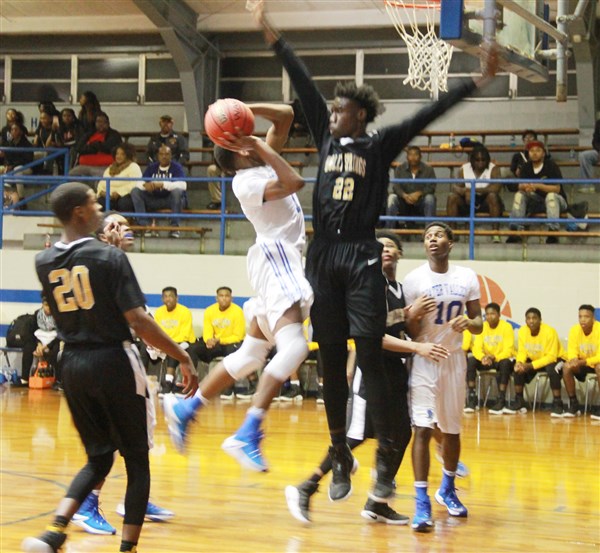 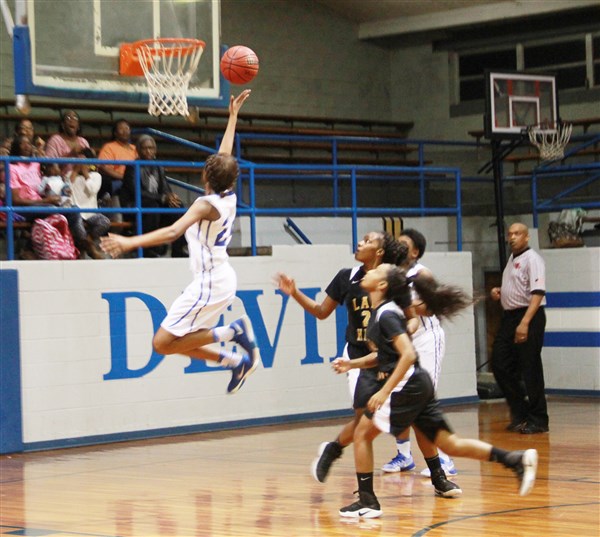 Jaliyh Hervey gets open to put in a shot for two points against Holly Springs. The Lady Devils were unable to earn a division win, losing 48-31. – Photos by Leslie Brooks

WATER VALLEY – The  Blue Devils hosted the Holly Springs Hawks (11-9)(5-0) for a division matchup. The Blue Devils  were outmatched by the talented Hawks, falling by a final score of 97-39.

Following the loss to Holly Springs, the Blue Devils looked to get back on track as they hosted the Independence Wildcats (9-12)(4-1) for another division matchup. It was a hard fought contest all night with neither team able to gain a big lead on the other. However, in the end the Wildcats would come away with the 55-51 victory over the Blue Devils.

The loss dropped the Blue Devils to (4-12) on the season. Water Valley will be back in action on January 27 as they travel up the road to take on the Independence Wildcats in their second and final meeting of the season. If the second meeting is anything like the first, it will be a game you will want to watch.

The Lady Devils(1-6) were back in action last week, as they took on the Charleston Lady Tigers and the Holly Springs Lady Hawks for two division matchups.