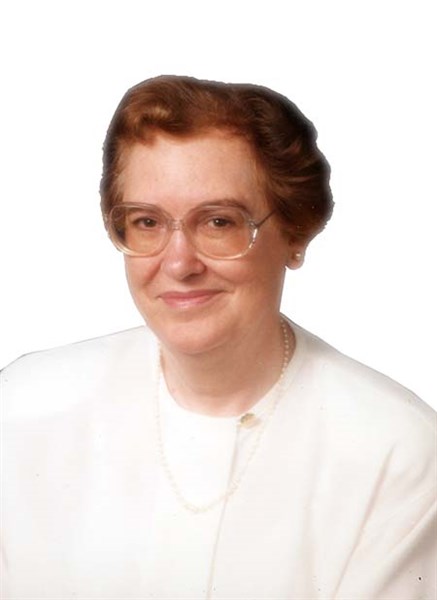 Last Wednesday morning, as I delivered papers, the exciting topic being discussed was the local basketball teams defeating the highly favored Coffeeville teams. One grandmother proclaimed, “They were so cocky, thinking we were just going to be a pushover. Weren’t they surprised when they went home the losers.”

I’ve never  watched basketball, never played, and know very little about the game. However, my mom was apparently an excellent  player (I’ve even  heard her called the star of the team), playing over 80 years ago either for Big Creek or Bruce. She played center—don’t even know if that position still exists.

I think that maybe even one of those early teams went to state and I always heard that Mom was offered a scholarship to Ole Miss. She chose to stay home, care for  her dad, and worked a few years for P. G. Scarbrough’s father, who was, I think, Tax Assessor in Calhoun County, until she married my dad and they had me.

The ladies excitement continued as they considered the possibility that the teams might also defeat another long-time opponent, Charleston. I’m sure Mack will give us all the details of these games in his column this week.

For many years, if it rained any during the week it would be on Wednesday mornings when we were delivering the papers. Often the rain was so heavy, we had to put  the papers into garbage bags to keep them dry. I’ve only had sprinkles delivering the paper for the past few years—keep expecting to have downpours again. Do believe that the rain cycle has changed to Thursdays.

Two weeks ago I drove over to the nursing home at Batesville in a downpour (I named it Noah’s Flood II). Then last week I waited as long as I could, thinking the rain clouds would pass over, but they didn’t, so again I drove in the rain. The rain stopped just as I got to the Batesville City Limits. The temperature dropped and the days were pretty until Saturday night when we got some heavy rains. Had to come to church Sunday morning in a light  drizzle—just enough to mess up the windshield.

Mom is back on antibiotics, for a urinary track infection, which causes a digestive problem. Seems with illnesses you fix one thing and it messes up something else. My usual tour of duty is 4 p.m. Thursday to 8 p.m. Saturday. However, mom was so sick I would not leave her Saturday. I stayed until Brother Rance arrived Sunday morning—got home about 8:30 with just time to shower, dress and get to church. I’d gotten about two hours sleep Saturday night and that was in a recliner, so I alerted Bro. Lynn that I might fall  asleep during his sermon, but  not to worry it would be from lack of sleep not boredom.

His sermons are always wonderful and my eyes did close a couple of times, but I didn’t miss a word. Report Monday was that Mom seems to be doing okay. They decided that the nausea was from giving the antibiotic on an empty stomach. Was glad to learn that because the stomach virus going around and it’s a bad one.

We had so many Woodland Hills members out Sunday with serious illnesses. Attendance was about two-thirds of our regular crowd. Bro. Jones was sick on Wednesday night, but was back with us Sunday. In our Adult I Class we  had four out of 10 present and the choir was at about half staff. Do pray everyone gets well and will be back with us this week. Our  evening service was held at 4:30, to allow those who wanted to watch the Super Bowl to be home in time for this. Attendance for this service was pretty good.

I did not even turn on the TV—would have had the Steelers made it, just to check on Celeste’s favorite team. On the news Monday morning I heard that it was an exciting game, going into overtime for the first time ever. I always tune in to get the weather prediction, and this was the news just before weather came on.

My entertainment for the evening was eating everything in sight and then getting into bed. With very little food for a couple days and three nights and only four hours sleep on Thursday and Friday and two on Saturday, I was ready for some sack time.

TV watching this week included one of Ed’s favorite movies, “The Barefoot Contessa,” one he originally viewed at the theatre without me, and then he’d watched it several times on TV, again without me.

Think I watched it this weekend for him and I didn’t see why he enjoyed it so much. I thought it was a sad movie and I could have given advice on how to have made those lives much more enjoyable. I like upbeat romantic plots, with a bit of comedy thrown in. This was definitely not my cup of tea.

I also watched M.A.S.H., which is being re-run on one of the channels we get at the nursing home. This was probably Ed’s all time favorite TV comedy and he really liked the book. I  read the book, but did not care for it. However I watched the TV shows, enjoyed the comedy and also the insight they gave into the Korean War. The episodes I saw over the weekend were from the first three years and I think they were being aired  on AMC.

Sympathy is expressed to the family of Wayne Redwine. Wayne was a long-time friend and I had missed seeing him for some time. For many years he came into the  office on a regular basis to place yard sale ads and Ed and I often stopped by to see  his sale items and collections.

We were also together at the little league ballpark in the early days, when Jim and Bubba were playing and Wayne was a coach. The boys played together at least one year on Wayne’s team and he would pick up Jim as they went to the park to practice. Then he would drop Jim back at the office at the conclusion of the practice session—this was much appreciated. Told Jim about Wayne’s death and he also wanted to express sympathy to Lucious, Cissy and Tammy. Wayne was one of those who teased me about being older—my birthday is September 24 and his is October 21. We always had a fun time when we got to visit. He will be missed by all his family and friends.

Don’t forget Valentine’s Day next Tuesday—hope everyone has an enjoyable time.