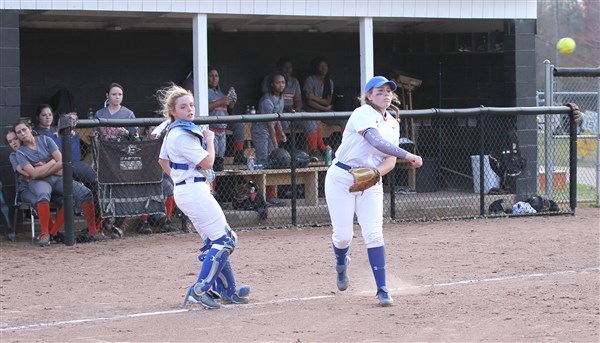 The Lady Devils softball season got underway Saturday as they traveled to Calhoun City to face the Wildcats. The Lady Devils’ varsity team was defeated 0-5 in the contest. Third baseman Hannah Higdon looks for an out as she guns the ball to first base. She is backed up by catcher Carlye Washington, as the players in the Wildcat dugout anxiously await the outcome of the play. – Photo by Leslie Brooks 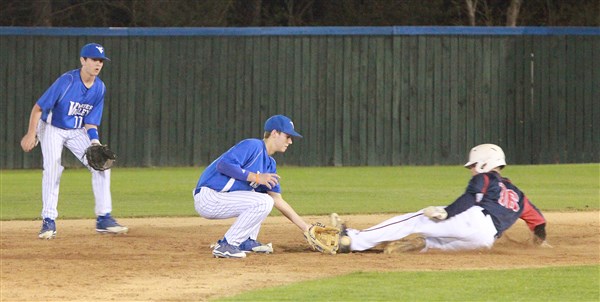 Grant Burress fields the throw at second base that is just behind the Lewisburg runner. He is backed up by Zack Martin on the play. – Photo by Leslie Brooks

WATER VALLEY – The Blue Devil baseball team opened up their 2017 campaign on Saturday, Feb. 18, as they hosted several teams from around the area for the annual Water Valley Jamboree. The team took the field under new leadership, as Head Coach Jeb Lee coached his first game at the helm of the Blue Devil program.

The Blue Devils did not play again until Saturday night in the last game of the jamboree, facing off against the Lewisburg Patriots. The Patriots used a dominating pitching performance to keep the Blue Devils off the board, and were able to plate five runs to come away with the 5-0 victory.

Water Valley will officially kick off the season this Saturday as they take part in the Bulldog Classic hosted by the New Albany Bulldogs. The Blue Devils will play two games in the Classic, first taking on the North Pontotoc Vikings and then the Potts Camp Cardinals.