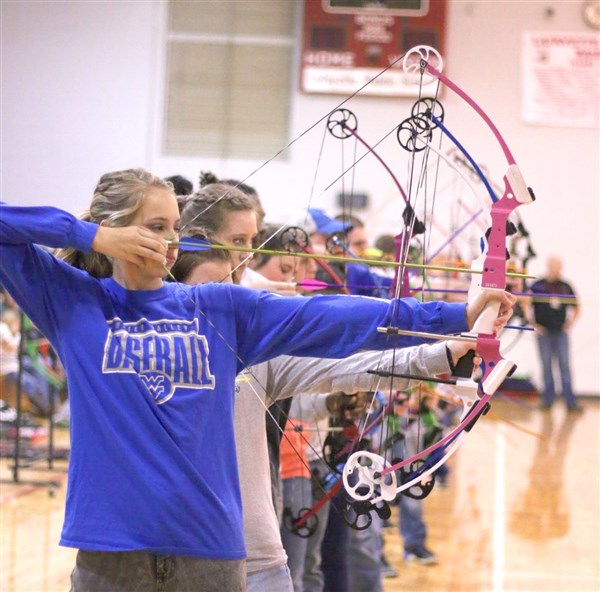 The Water Valley High School archery team earned another win Monday night, defeating South Panola High School 3,142 to 2934. The victory was the latest in a string of wins for the undefeated team after the season cranked up last month with a win at the Lafayette tournament. Coach Steve Lindsey reported the success just keeps building.

“We are building off last year’s successes, they came in excited and have high expectations. They know they can reach a higher level and that makes my job easy as a coach,” Lindsey said.

This marks only  the second year that Water Valley High School has fielded an archery team as part of the AIMS (Archery in Missis-sippi Schools). The program, which began in 2005 with 10 schools, is now in more than 500 schools across the state with more than 70,000 students participating each year.

The North State Qualifier is scheduled at the Coffeeville Multi-purpose Building from March 27-29 and Lindsey is optimistic that the team can rank high.

“I would like to see us add about 100 points to Monday night’s score as the finals approach,” Lindsey explained. He also provided a brief overview on how the scoring works. In a match, schools take the four highest boys’ scores, four highest girls’ score, and the next four highest scores regardless of gender to complete the team score. The 12 scores are used for the team total.

The team returns to action Thursday at 5 p.m. when they host Myrtle at 5 p.m. at the Water Valley High School gym. Everyone is invited to come out and support the team.