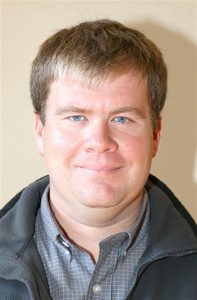 It is with heavy eyelids that I am writing this article on Monday morning after staying up way past my bedtime watching the Diamond Dawgs win their Super Regional and advance to the College World Series.

Normally I wouldn’t stay up past 10 p.m. to watch anything but my son, Levi, had a friend spending the night and they wanted to stay up to watch the game.  It certainly was a good one.  Monday afternoon we will be cheering on the Ole Miss Rebels in hopes that they can beat Arkansas for a trip to the College World Series.  It is awesome for the state of Mississippi to be represented so well by these student athletes.

Last Thursday and Friday I was out of the office working the Northwest District 4-H Horse Show.  Over the years the number of horse show kids in 4-H have been on a steady decline for several reasons.  There are other horse show circuits that are more competitive and just other activities in general.

This year Yalobusha County had one child participating in 4-H, eight-year-old Erica Logan, daughter of Shae Philips, a former Yalobusha County 4-H horse club member.  Erica represented the county well riding in almost every class that she was able to compete in. She qualified for state competition in all but one class.  She also entered five pieces of artwork in the horse art competitions that accompany the horse show.

A couple of other 4-H students presented artwork at the horse show – Riley Redwine, daughter of Derrick and Dawn Redwine from Coffeeville; and  Victoria Taylor, daughter of Jesse and Jamie Taylor . Victoria presented a picture that she edited and won second place.  Riley earned a first place in her category.

Over the last week I have taken several calls from individuals who have tomato problems that have either killed or severely stunted their plants.  I have also been out and looked at several gardens with these problems.  What I have seen has been tomatoes that have curled leaves, few to no fruit, and tall leggy frames.

I believe that this condition can be classified as physiological leaf curl, which is a physical condition where plants sit in wet soil just surviving and then the temperatures warm up considerably with windy conditions causing the tops of the plants to dry out over a short period of time.

A little fertilizer and water should perk the plants up and straighten them out.  With a little time, the blooms will pollinate and form fruit.