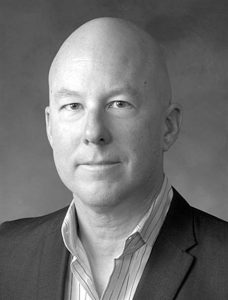 It’s a good reality check to go and see what other Mississippi downtowns are doing. Last week I was on assignment for Elevation Magazine, a statewide preservation-based periodical.

Mississippi Heritage Trust was holding their statewide preservation conference in Grenada. At the conference four towns were telling their preservation based stories; Tupelo, Bay St Louis, Greenwood, and Grenada.

Let’s start with our neighbor Grenada. Their historic downtown is not in the middle of town, it is in the northeast corner, a few blocks off the intersection of Highways 8 and 51. Not only in a corner, but it is hemmed in by a swamp and railroad tracks.

Despite being three times larger in population than Water Valley, Grenada’s Main Street sees several thousand less cars a day than ours. Use of and access to their downtown is far from easy. While most city and county offices are still downtown, retail and medical seem to be out on the highway corridors and have been for some time. That’s a tough preservation and renovation challenge to overcome, as no one wants to fix a historic commercial building if there is not an economic use for it.

The trip last week was not my first, I have been going to Grenada regularly over the last decade to see for myself. Twice they have joined Mississippi Main Street only to have the efforts fail. Giving those efforts their due, the desire to bring downtown back was in a few passionate people, but they never had broad community and significant city support like we do.

They even tried a third time, a genuine try, but it failed to even launch. Grenada has decided to go it alone and started its own, not affiliated with anyone, downtown association.  This effort is largely driven by a major investor who owns 20 commercial buildings, a significant percentage of the downtown.

I toured a job site on a building in Grenada’s square, owned by another local downtown business person. He is rehabilitating a 10,000 square foot building. This is a structure that is BTC Grocery size. The rebab is underway and the work crew was putting in four apartments upstairs and several commercial spaces on the ground floor. It is a big project and the general contractor and several of the sub-contractors on the job are Water Valley companies. That work would not be happening without those federal and state historic tax credits I always write about and advocate for. In that respect, Grenada is following our lead and they’re making real progress.

Perhaps Grenada should learn from Greenwood, too. The lesson of one person driving the return. Greenwood’s Main Street director, in her presentation at the conference, recalled the “Katrina-like Viking sale” of December 2012, a reference to the local cooking manufacturer, Viking.

Viking’s then local owner, who was driving much of downtown Greenwood’s revival, sold his company to a Chicago area company. And just like in a riff in many Delta blues songs, local money packed up and went away up north.

That sale stifled Greenwood’s renaissance, to the point now where downtown commercial buildings are being donated. Main Street Greenwood has some and is trying to sell them now at $3 a square foot.  No takers yet.

Just as a reference at Water Valley’s recent toughest economic point, more than a decade ago, the by-far lowest price paid for a really rough, non-functioning building was $12 a square foot. And no one was donating buildings just to be rid of them. Of Water Valley’s some 100 historic structures in our downtown, no more than six are owned by any one entity or person.

That ownership diversity is our strength. And on this Main Street, the high point recently of a commercial building sale is well over $100 a square foot.

This Friday Willie Farmer from Duck Hill will be performing in the Pocket Park, starting at 7 pm. The Farmers Market is in full swing Saturday morning from 9 to noon under the big magnolia in Railroad Park. See you in our downtown.