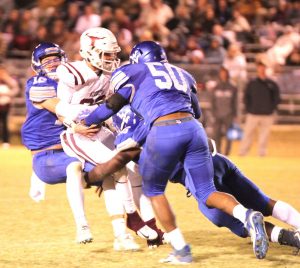 Grant Burress and Marquis Cook combine for the tackle as the Blue Devil defense only gave up two touchdowns against the Aggies in the first round of playoff action. – Photos by Leslie Brooks

WATER VALLEY -The Blue Devils (8-3) came out firing on all cylinders and never looked back as they defeating Kossuth 55-12  (6-5) to advance to the second round of the MHSAA playoffs Friday night.

The Blue Devils got things going quickly in the contest with a two-yard touchdown run from Jacob Truss to grab a 7-0 lead with 9:35 left in the first quarter.

The defense would join in on the scoring several minutes later as Damicah Hervey returned an interception 63 yards for a score to extend the lead to 14-0 with 3:45 remaining in the first quarter.

The Blue Devils offense would keep rolling with another score a couple minutes later as Truss connected with Chance Dewberry on a 24-yard touchdown pass to gain a 21-0 edge over the Aggies. Kossuth would get on the board a few plays later, the Aggies scored on a 64-yard touchdown run to close the gap to 21-6 with 1:11 left in the first quarter.

Water Valley would add three more scores in the second quarter including a 44-yard touchdown pass from Truss to Martavius Rockette. The Blue Devils went to the half with a 41-6 lead.

Water Valley cruised in the second half scoring a couple times and only allowing one Aggie touchdown to earn the 55-12 win and advance to the second round.

The Blue Devils improved to 8-3 on the season with the win. They’ll be on the road this week to face off against the Choctaw County Chargers (9-3) in the second round of the 3A playoffs. The Chargers are led by former Water Valley defensive coordinator Jeff Roberts, who is in his first year at the helm of the Charger program.

Both teams are led on offense by the rushing attack: Choctaw Co. averages 261.8 yards per game, Water Valley averages 178.0 yards per game on the ground. The Blue Devils comes into the contest averaging 26ppg, the Chargers are averaging 28.8 ppg.

The winner of this matchup will advance to the third round of the 3A playoffs and face the winner of Amanda Elzy/Independence. 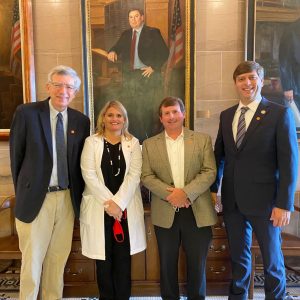 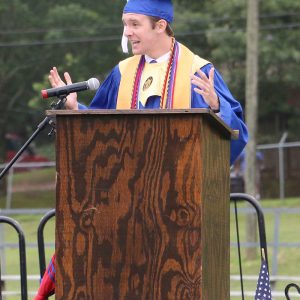