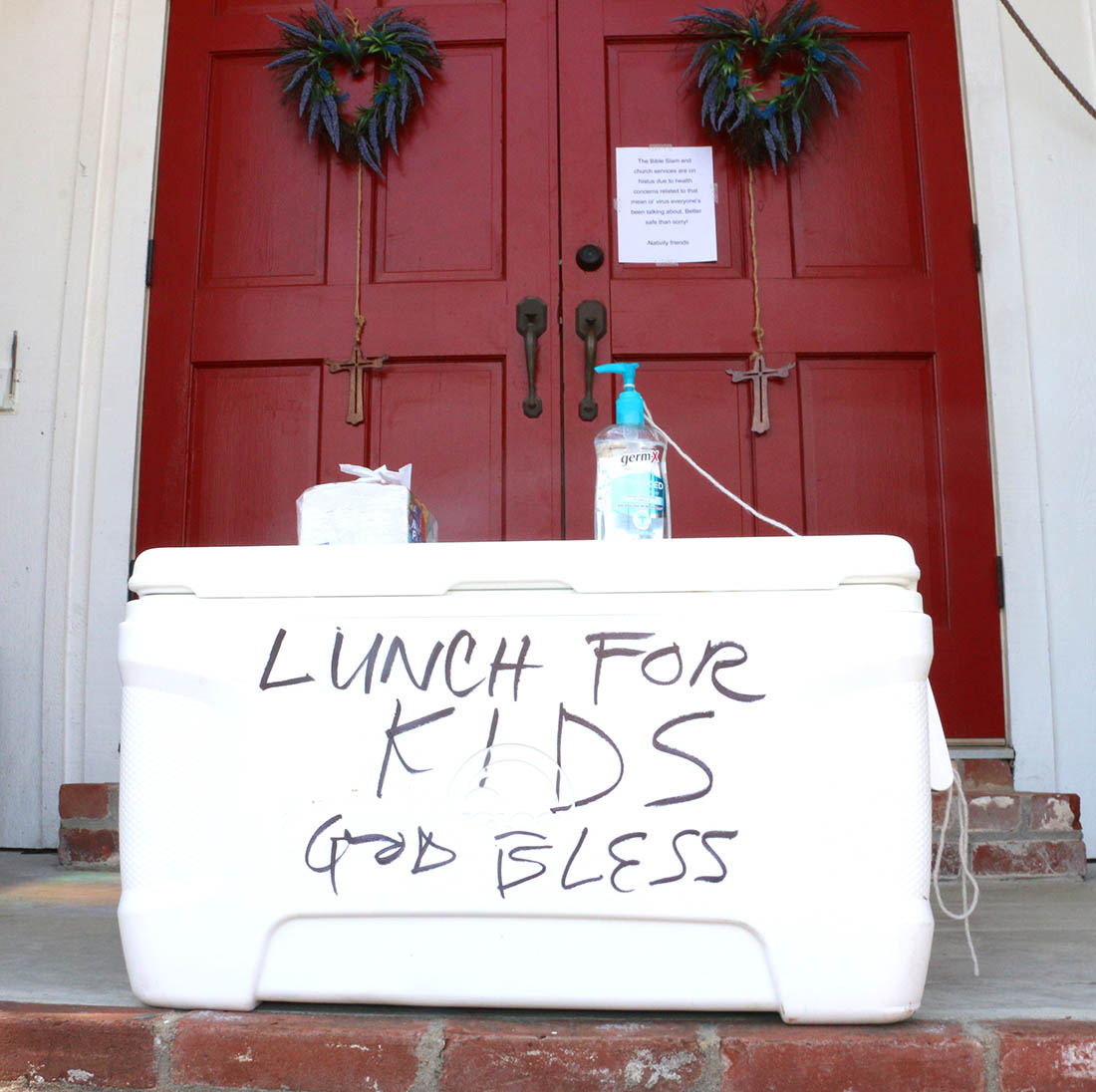 Members of the Episcopal Church of the Nativity on Main Street offered free lunches to youth in Water Valley Tuesday. On Monday the Water Valley School District will launch a feeding program to serve students and members of the community while school is out.

“This is a situation that is ever evolving,” Mississippi Governor Tate Reeves reported as he addressed Mississippians on Facebook Live Monday afternoon in response to the increasing number of COVID – 19 cases across the state.

Reeves signed two executive orders to strengthen the state’s response to COVID-19 and aid people in the state who are impacted. Executive Order No. 1459 activates the Mississippi National Guard to support mobile testing units and support Mississippi State Department of Health and Mississippi Emergency Management Agency at the testing locations. He also announced that additional mobile testing sites throughout the state will be established.

The governor also  signed Executive Order No. 1458, which enables state agencies to determine which state employees are essential and send everyone else home. Reeves asked schools to start working with the Mississippi Department of Education to develop distance learning protocols as the state determines how long schools should remain closed.

Water Valley School District Superintendent Jerry Williams is closely monitoring the latest developments as work continues to formulate a plan in the coming days and weeks for students in the local district.

The superintendent reported the district will start a feeding program next week. During a special school board meeting Tuesday afternoon, Williams explained that there will be pick-up points at different locations in the community where sack lunches will be provided. He explained the distribution will be scheduled on Mondays, Wednesdays and Fridays, but multiple meals will be provided for each recipient on pickup days.

Williams added that  members of the community are also partnering with the school to provide meals for adults, as the school is restricted to only providing meals for youth, ages 18 and under. He noted the meals will be for everybody and not just students enrolled in the district.

“Monday was as soon as we could get enough food for this service,” he told trustees during the meeting.

Williams added that  a faculty meeting is scheduled Thursday to put together a plan to provide instructional materials for students, also utilizing drop-off points. He explained administrators are polling students to see how many have access to computers.

“We have talked about putting up some outside (internet) hot spots on campus and issuing students Chromebooks,” the superintendent noted about assisting students who do not have access at home.

“I think this is going to be prolonged at least a couple of more weeks,” Williams added.

Sheriff Mark D. Fulco reported all visitation at the Yalobusha County Detention Center has been suspended until further notice to help protect both inmates and jail personnel. He also noted that there is no change regarding walk-in traffic at the sheriff’s department on Hwy. 32, across from BorgWarner, which is handled through a window in the lobby.

“As always, call 911 if you have an emergency and deputies will be headed your way,” the sheriff added. “I am proud to work alongside some of the finest deputies, jailers and dispatchers in the state. They are committed to serving the citizens of Yalobusha County.”

Yalobusha County Board of Supervisors President Cayce Washington reported that courthouses are open for business as usual, but preventive measures are also being taken.

“We are using a lot of disinfectants,” Washington explained as common areas in the courthouses are wiped down  frequently. Washington also encouraged people to do as much business as possible over the phone.  Credit or debit card phone payments can be made for car tags, garbage bills and property taxes.

There is also a garbage payment drop box on the west side of the Coffeeville courthouse for customers.

“Unless we are told to shut down the courthouses by the state, we have to keep them open,” Washington added.

City officials are asking that all business at the Water Valley City Hall be handled in the lobby and also urge everyone to handle business by phone if possible. You can contact city hall at (662) 473-2431 or the electric department at (662) 473-3326.

Circuit Clerk Daryl Burney reported a trial set for Monday in the First Judicial District at the Coffeeville courthouse has been postponed, but the remaining items on the court docket will be handling during the court term.

Yalobusha County EMA Director Frank Hyde reported he was part of an hour-long phone conference Monday as state officials provided insight into the days ahead. He added that no coronavirus cases have been reported in Yalobusha County.

“If we do get one, the EMA Director will be notified immediately,” Hyde explained. He also stressed that the most important thing people can do is remain calm and follow the latest guidelines. 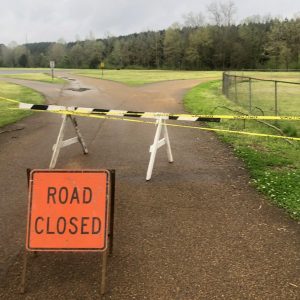 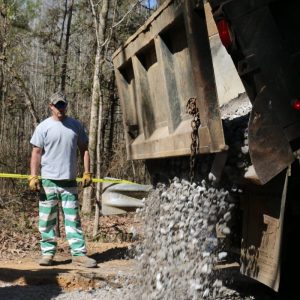