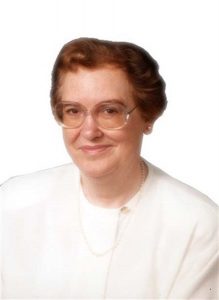 Last Wednesday morning was pretty routine. Must have been a little late  at Sprint Mart or Craig Hart was a bit early, anyway we didn’t get in our usual greeting. Craig was getting into his truck as I drove up. Even though we only see each other during our routine business now, he was one of the first little folks I got to know when I began visiting in the Valley.

His father, “Pa” Hart as he was introduced to me, and which I called him always, was a ham radio operator. Ed was fascinated with ham radios, so we often were at the Hart home when Craig was just a baby, or maybe a toddler. He was so cute, still is even though he has to be middle age now—I began my visits to the Valley over 63 years ago.

At Larson’s folks must have been hungry because many were coming out with breakfast plates. Then at th e next stop, Linda and I didn’t get to visit very long because she was busy. At the hospital, I was greeted by another of my favorite Valley young folks, Lloyd Lee Caulfield, one of Yalobusha General Hospital’s excellent nurses.

He often answers the door when I knock for someone to take the papers and he is just a delightful person. At Dunn’s there was a good crowd in for breakfast and it’s always good to see Paula and the rest of the staff, who cook a great sausage and biscuit. I always enjoy one with a Coke on my way to Express Mart to see another of my favorite folks, Abraham. During this stop was a very personable young man looking for some souse to make a sandwich.

While Abraham was slicing his meat, we struck up a conversation. First, he asked if I knew what souse was and I told him I certainly did, but I didn’t like it.  However, I went on to tell him that we always killed hogs and I’d watched my Mom make it and that most of my family really enjoyed it. Then we went on to discuss, peas and cornbread, turnip greens, etc.

On his way out he asked, “Have you every been up north?” Replied that I had, to which he replied, “Those northerners don’t know how to cook do they?”

With both of us laughing, I answered with a resounding, “No.”

Hope our paths cross again, because I want to know if he likes cracklins and cracklin bread – I’m pretty sure he does. It was very calm at Central Street Market, I saw a cute little girl  playing (reminded of Jim, who also had to come to work each day), while her Mom waited on me. The cook was outside taking in the good weather, while sweeping the area.

Back in the office we had a busy day. Ann came in and cleaned the office, while I did the postal report and some other paper work. I then set “Years Ago.” After lunch, Mel had finished printing out statements, so I folded and put them in envelopes. Guess I thought I’d done a day’s work, because I went home had a bowl of soup and then just sat down and watched TV—a couple of good old westerns, a HallMark movie, then the news and weather. After the weather news, I decided that the best day to visit the family was Thursday.

Had called Jimmie after work on Wednesday to read her Larson’s ad and get her order. Only draw-back to shopping for her late Wednesday is I have to put it in my fridge or freezer and then reload the van to go to her house. However, I got up early Thursday morning, called to make sure they were out of bed, loaded and enjoyed a nice sunny drive over – very little traffic and no deer. The day was so enjoyable, with great-niece Caroline visiting.

We played with her stuffed animals, watched some great children’s programs, and played with slime. Lunch was sandwiches—a variety, since we were clearing out the fridge. There was a choice of bologna, ham or turkey, all came with some delicious home-grown tomatoes, lettuce, onion, and cheese if you wanted it. We really lightened the fridge’s load. Then came dessert. Caroline made me her special treat, which was a big bowl of chocolate pudding, topped with whipped cream and sprinkles. Looked delicious, but Jimmie says, “Caroline, Aunt Betty can’t have that, she diabetic.”

Well after explaining diabetic, she dubbed me diabetty. Jimmy went on to inform her that her Uncle Bo was also a diabetic, so he’s now Uncle diabo. After this she reads the labels on all her snack foods and found Gold Fish had no sugar and you could have 51 for a low calorie count and then she found a juice flavored drink with  no sugar—she’s really taking care of me.

After lunch we went outside to sit on the carport for a bit and Caroline decided that I needed to learn how to make slime and to share her recipe with all my young friends. I told her that I’d seen several recipes on TV, but she says, “Mine is easier,” and it sure is so here’s Caroline’s recipe.

Four ingredients, no measuring. Elmer’s school glue, Stay-flow starch, shaving cream, and food coloring of your choice (or you may want to make several colors). Get a bowl, pour in some glue, add starch and shaving cream, mix. If it’s not the right consistency, add more starch, or shaving cream until it is, then add the color until it’s as dark as you want. She wanted pink so she added a little red. After that she started having fun by adding additional colors until she came up with a beautiful terra cotta. I suggested that the patties she made on her tray in bigger pieces would make a beautiful patio, to which Jimmie says, “But you couldn’t afford to pay for it.”

However, we did think that you could make cute sculptures out of it if it would dry. Caroline then made some pieces to put in the sun, but Jimmie says, “Caroline, you know Buddy (the dog) or the cats will just eat those and it might not be good for them. I volunteered to bring them home with me to set out to dry, since I have no animals. Was a good idea, but it doesn’t work, the slime just spreads and does not dry.

After slime making, Caroline began a walk though memory lane of her grandmother (her mother’s mother) and her great-grandmother (our Mom), who died within the same week.

It was amazing how much she remembers about both of them. Her favorite memory of her grandmother was sitting in bed with her in the nursing home, eating chocolate. With Mom it was taking her stuffed animals to visit and Mom talking to them.

One time Caroline says she introduced her dog to Mom and she thought she said Bo, so Mom began talking to Bo and Carol. Caroline told several other fun stories about both of her grands and I’m so glad she has such fun memories. Thought about it, and realized that we all have wonderful memories of these two outstanding women.

Had a phone visit with Jim over the weekend and his advice to me was to put cute stories in this column and stop preaching. Well, I’m sorry son, when the Lord says preach, I’ll preach. Enjoy this column, because I did not get a message to preach—you may not be so lucky next week.

Turned on the national news Monday morning to find that we are without a state flag. A design team will make a replacement, which will be voted on in November. My advice is still to do away with all state flags and just used the flag of the United States of America.

Our attendance at Woodland Hills was down Sunday, due to several being on vacation and others not able to attend because of health reasons. Bro. Rob Jones bought another great message from Revelation.  Sunday afternoon he was ordained as a minister in a service at Sylva Rena Baptist Church. I’m sure the Lord is going to use this young man in a mighty way. We also enjoyed having his wife, Jordan, and two precious little daughters, Reagan and  Millie, with us Sunday.

After service Bud and Wanda again took me out for lunch. Since Bud had to be back for the ordination council, it had to be fast, so we got take-out from Cook Out in Oxford, brought it back and enjoyed a church picnic.

Can you believe that July Fourth is coming up Saturday. For many years we had a big Fourth of July celebration at the Cole home (Cole and Kilgore families, and usually many friends), with a great barbecue and fellowship in the afternoon. Then the next door neighbors for many years put on an outstanding fireworks display – would rival any large city show– and it was absolutely free. Maybe after this year, everything will be back to normal, and we can enjoyed fun times like these again. Happy Fourth to all of you! 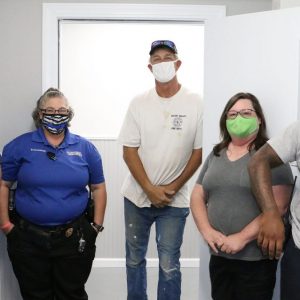 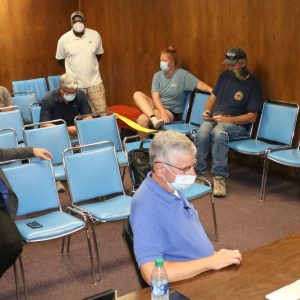 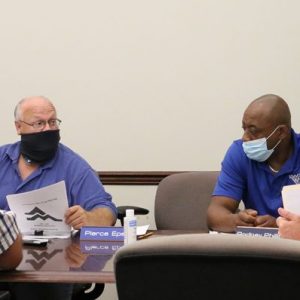 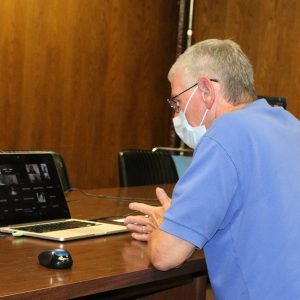