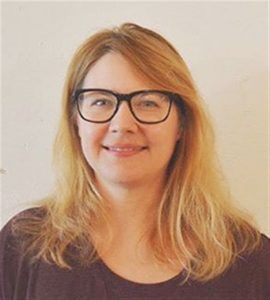 It’s a new day in Mississippi! Changes are happening here! Now, we Water Vallians can wake up every day to a brighter future; not stuck with worn out relics from long ago and troubled days of yore. We can now say that we followed through on an “out with the old, in with the new” attitude and that we can have nice things that work well for ALL people.

Yes, I’m talking about the new check-out conveyor belt/bagging components at the PigSaver! Aren’t they lovely? The color of ketchup was a very appropriate choice for a grocery store, in my opinion, and the end where they bag the groceries looks very futuristic being round and metallic and all.

This reminds me of another big change here this week. We dumped the state flag! Perhaps you’ve heard! Now, for the first time in my life, I live in a state without the “stars and bars” waving over it.

When I left Georgia in the late 1990s, changing the flag had been a big issue for years. Our flag, the whole entire thing…end to end, top-to-bottom… WAS the “stars and bars.”

That is to say, it looked exactly like the top of the General Lee car on “The Dukes of Hazzard,” which was exactly what I associated that flag with.

Bootlegging hot rednecks who hated the cops and who didn’t have working car door handles and whose main enemy was the Old South establishment were my comedic heroes. Boss Hogg, representing the power of classist tradition, was the biggest joke; the supreme king of absolute fools.

And Daisy. Oh, Daisy. She probably had a big influence on me becoming a career waitress, to be honest. For white kids my age at that time, that flag was called the “Dixie flag” and that just meant some generalized version of “the South.” It didn’t mean heritage to me. Or hate. It meant “The Dukes of Hazard,” which was a parody about poor rebellious criminals with hearts of gold sticking it to the cartoon version of the Old South. So, for me, the flag was kind of a joke to begin with.

Now, my parents are smart and I certainly was taught about that flag in the context of real history. My family never liked it because it hurt others and they actively fought to change it.

I’m okay with appreciating my fond memories of the character of Roscoe P. Coltrane ( and good boy Flash aka “Velvet Ears”) while simultaneously recognizing that the pain that design causes others outweighs my secret lifelong desire to own a white Jeep with an eagle painted on the hood.

And you know what came on Saturday mornings directly after The Dukes of Hazzard? Soul Train! I’m equally schooled in that one, too.

But, in the end (and the beginning), what good does that flag really do any of us? It’s full of false nostalgia; loaded with shushed horror. We all know it. And I, for one, am glad to fold it up and leave that flag forever in the manly, fictional hands of Bo and Luke.

10 Health Tips for 4th of July

Outside Time Is Important For The Youngsters