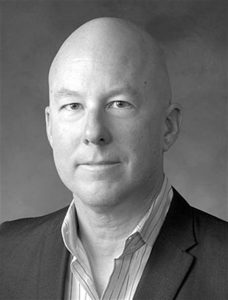 It is September. Summer is not over for three weeks. It is going to be hot for some time. The coronavirus did not just go away in the warm months, in fact infections peaked in late July, the warmest time of all. The daily average infection rate has dropped from then, but it is just back to the April level, 40,000 or so Americans test positive every day, corona doesn’t take off for the weekends.
The death rate has dropped from April, from 2,500 daily dying then to now rates of thirteen hundred a day. That’s good. Some days it is even just below a thousand dying a day. That’s still a lot, imagine a town like the size Coffeeville, the entire population dying each and every day. Maybe we have become numb to the numbers, like a virus driven Ground Hog Day.
Here’s some more numbers to make you feel uncomfortably numb. Six million Americans have been infected, that means officially tested positive. I’m in that number. Plenty more have it and did not take the test. Testing is still problematic. Contact tracing those who test positive by looking for others exposed is still very lame. Nobody asked me who I had been around. The current death count in America is right at 188,000. Every single one of those people were alive in February. Dying by corona ain’t pleasant, either, you gasp your way into the grave.
Let’s do the math; 331 million Americans divided by six million infected means 1 in 55 Americans have the virus officially. Six million infected divided by 188,000 dead equals right at 32. So, if you catch this, you have a one in 32 chance of it killing you. Imagine if that was the odds for flying or driving, you’d never get in a plane or a car again. Those are the numbers for these United States.
Let’s look at some old friends and some former enemies. In Great Britain (England, Wales, Scotland) with 66.6 million people some 335,800 are infected. That’s one person in 198 infected. And of those infected, 41,500 have died. That’s one in eight. Not a good number for Boris and his mates, I’d be bailing out of that union, Jack.
And our comrades now in the Vaterland, Germany. Just note World War II started 81 years ago this week. Of the 83 million Germans, some 244,792 are infected. That’s 1 in 339 Germans. Of those infected in Germany 9,731 have died, that’s 1 in 26.
Let’s look at one of the champs, New Zealand. With 4.88 million people, they had 1,752 infected. That’s one in 2,785. Of those infected only 22 have died, that’s one dead per 79 infected.
Who looks like us? Brazil. They have 209.5 million people and almost four million infected so that means 1 in 53 Brazilians is infected. Of those four million infected some 121,515 have died so far. That’s one death per 32 official infections. Just like us.
Here’s some observations. Once you get it, the odds are not good anywhere. This pandemic is, or at least was, able to be checked. Countries did it by jumping on it hard and fast like Germany and New Zealand. Both have women leaders. Just saying. Places that didn’t act hard and fast early on like Brazil, England, and the USA have exponentially higher overall infection rates and much greater death numbers relative to population.
Those who acted early and were medically proactive in a comprehensive manner, and I would suggest they are winning at this, are still taking precautions and things are not “old normal” for them either.
It is not over for any of us on this planet.  Not even close. School and business and sports have changed for them as well.  Only they aren’t burying a thousand people a day, every day.