JACKSON – The long awaited appeal in the contested sheriff’s election in Yalobusha County was on the Mississippi Supreme Court’s docket Monday, Sept. 14, and a ruling is expected within weeks. The appeal stems from last November’s General Election when independent candidate Mark D. Fulco was certified by the Yalobusha County Election Commission as the winner of the sheriff’s race with 2,569 votes, two more than Democratic candidate Luther G. Folson, Jr.
Folson contested the election and a trial was held in Yalobusha County Circuit Court on January 27. Following a day of testimony, Special  Circuit Judge Jeff Weill ordered that a new election would be held, but only in two of the county’s 12 precincts after declaring an accurate vote count could not be determined in the Beat 1 North and Beat 4 Oakland precincts. Folson appealed the ruling on March 5.
The Supreme Court denied a request from Fulco’s attorney to allow oral arguments to be included in Monday’s hearing. Attorneys for both candidates filed briefs outlining their arguments prior to the hearing. Information from the case file in the lower court ruling was also included in the information submitted with the appeal.

Lower Court Ruling
In Judge Weill’s ruling, four absentee votes cast in the Nov. 5 General Election were deemed invalid, two from the Beat 1 North Precinct and two from the Beat 4 Oakland Precinct. Three of the absentee votes had not been signed properly and the fourth ballot was deemed invalid because the voter also cast a regular ballot on election day. Judge Weill also explained the four invalid absentee ballots – two from Beat 1 North precinct and two from Beat 4 Oakland precinct – could not be isolated from the other 108 absentee ballots cast in the two precincts and it was impossible to determine the lawful winner of the election.
Weill then ordered the new election in the Beat 1 North and Beat Four Oakland precincts while validating the votes cast in the remaining 10 precincts. He also ordered that a ballot cast in the Beat 5 Coffeeville precinct be added to Fulco’s count after attorneys for both candidates agreed the vote, which had an “x” for Fulco rather than the oval box shaded, was legitimate. The certified vote count, plus the ballot count for Beat 5 Coffeeville, will give Fulco a 39-vote lead before the new election is held in the two precincts – 1,878 votes to 1,839 votes.
In ordering the special election in the two precincts, Judge Weill also rejected the argument from Folson’s attorney that all 108 absentee ballots should be invalidated and the winner declared from the remaining ballots cast in the election.

Attorney’s Briefs
Folson’s appeal brief was filed on July 1 and stated the lower court ruling ordering a new election instead of declaring him the winner was a misapplication of the law and constitutes a reversible error. In the brief, Folson’s attorney argues that all 108 absentee votes should be invalidated and a winner declared, which would mean Folson would lose 45 absentee votes and Fulco would lose 63 absentee votes.
“Forty-five absentee votes should have been deducted from the 2,567 votes received by Folson leaving Folson’s total votes of 2,522. Sixty-three votes should have been deducted from the 2,570 votes received by Fulco leaving Fulco’s total votes 2,507,” the brief states.
Folson’s brief cites multiple cases in contested elections for reference, including Lewis v. Griffith where disqualified absentee ballots changed the result of a disputed election.
“This court… reversed the trial’s court decision to order a new election and rendered a verdict in favor of the contestant,” the brief states about the earlier high court ruling on Lewis v. Griffith.
Another prior case referenced in the brief, Ruhl v. Walton, involved a municipal election where, as in Folson’s case, absentee ballots were disqualified or voided. In this 2005 election in Como, candidate Walton received 253 votes and candidate Ruhl received 244 votes. Walton was certified as the winner and Ruhl contested the election, stating that 53 absentee ballots were illegally cast. Forty-eight of the 53 invalid votes were cast for Walton.
“The trial court found that Ruhl had received 239 votes to 220 for Walton. Yet, the trial court, as here, disregarded the legislative mandate of Section 23-15-951 and ordered a special election,” the brief continues. The brief also states that in the Ruhl v. Walton case, the Mississippi Supreme Court ruled that the lower court erred in ordering a special election and Ruhl was declared the outright winner.

Fulco’s Response
Fulco’s attorneys filed a reply brief on August 5, stating the trial court was correct in ordering a special election in only the two precincts. Citing the commingled ballots where the four invalid absentee ballots were mixed with all 108 absentee ballots cast in the two precincts, “the trial judge could not possibly discern the will of the absentee voters,” the reply brief states.
“The Mississippi Supreme Court recognized the importance of not taking away legitimate votes of voters in an effort to cobble together a final result,” the brief continues, quoting from Judge Weill’s ruling.
“The trial court in this matter was correct and committed no reversible error in ordering a special election in two out of the 12 precincts in Yalobusha County, Mississippi, concerning the sheriff’s election. Appellant  Folson has argued that Section 23-15-951 does not allow for a special election. Mr. Folson’s argument is contrary to Mississippi Law,” Fulco’s attorneys wrote.
Fulco’s attorneys also argue that the Ruhl v. Walton case is different than the  current case. The reply brief states that the will of the legitimate voters in Beat 1 North and Beat 4 Oakland is unknown, as the four invalidated absentee ballots were commingled with all 108 absentee ballots and the lower court could not determine which candidate received votes in each of the four invalidated ballots.
“In Ruhl, the trial court knew exactly how the illegal votes were cast. The trial court found that 33 of the 38 illegal mail in votes were for Walton. Therefore the vote total was adjusted to favor Ruhl… In the case at bar, Mr. Folson has not proven who the four illegal votes were cast for.”

What’s Next
The Mississippi Supreme Court typically hands down rulings from cases weekly each Thursday. The Folson versus Fulco case is one of 20 cases justices will hear during their fifth sitting, which runs from Sept. 8 to Nov. 6. 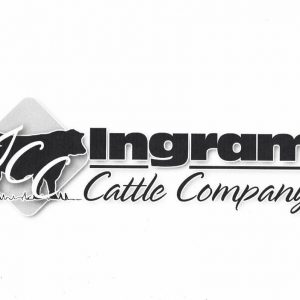