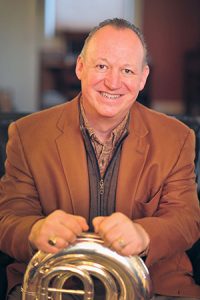 As a touring musician, I’ve had Verizon service for years because it seems to work well everywhere I go, including extensive travels in Europe, Mexico, and the very deep wilds of rural Canada, north of Toronto. In Water Valley, however, and particularly in the outlying areas of the county, Verizon cell phone service has been spotty for years.

Out on Mother’s hill, I regularly see it cycle between 3G, 1X, then I get one bar of LTE for a second until it just goes to “no service.” I’ve always found it amazing that I can make a call or send a text from pretty much anywhere in the world, but not from Mississippi. And while I fully appreciate that many people in the local area choose to do business with other cellular companies due to these ongoing service issues, what about folks like me who are visiting, sometimes for extended stays in the area, or who have moved here from elsewhere and are (or were) happy with their Verizon service?

Over the past two weeks, service has been particularly troublesome, with extended periods of absolutely no service, including in downtown Water Valley. Finally, I got on the Herald’s WiFi and was able to contact Verizon about the problem. As I’m sure you’ve all experienced, I first found myself in a totally automated system. Then I got to a “chat” function with an actual human, though their written communication skills were less than ideal, and their knowledge of the situation was clearly quite limited.

Next, I got a call back from someone in the States who could at least offer some explanation of the situation and some possible resolutions to the ongoing problems, which are going to be “ongoing” for the foreseeable future it seems.

Here are the short answers to your most pressing questions if you are a Verizon customer in the area. Though it will most likely be quite some time before Water Valley and the surrounding area gets 5G service (which they already have in Memphis), the basic issue with service interruptions now is the 5G upgrade work, which also includes, “internal system changes,” according to the Verizon representative I spoke with. While this representative could not offer a detailed technical explanation for why the following fixes work, she assured me they did (from a prepared script, I suspect).

To Verizon’s credit, once I finally got in contact with them and got through the labyrinth of the automated systems, my issues were successfully addressed and rather quickly resolved while working in town. Out in the county, however, over the past few days I’ve had to repeat these “fixes” several times, with somewhat mixed results, though, ultimately, some level of service will return.

When the service goes out, it seems you can reboot your phone system by simply turning on your airplane mode and then turning it off again. After almost two days of continued “no service,” for me, that immediately fixed the problem. There will continue to be service interruptions, however, as construction and upgrades continue for the foreseeable future.

If that does not work, the agent suggested that you can also turn your cellular data off and back on. Somehow, that also seems to “reset” your phone as it relates to the Verizon network.

Failing those two fixes, the agent suggested calling Verizon for more help, to which I replied, “well, fine, but how am I supposed to call you if my phone is not working due to no service?” The agent suggested using call-over-WiFi. This action, of course, assumes you have good Internet access separate from your phone, which is often not the case, especially for folks out in the county, or you can simply dial “611” on your phone, which the agent said will “usually” connect you to Verizon even without service. I’ve yet to try this, so I can’t speak to how well that fix works. Finally, of course, you can go to a landline and call your cellular service company, which seems to somewhat defeat the purpose for those of us who have done away with all landline service in favor of making our cell phone our “home” phone. Such is life on the brave new technological frontier.