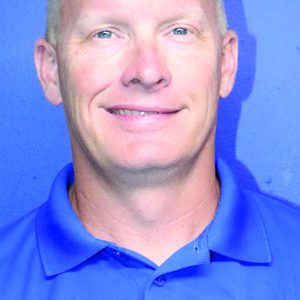 The Blue Devils will kick off the season Friday night on the road against Independence. The delayed start comes after last week’s scrimmage against New Albany was canceled, signaling a season that looks to be anything but normal. But for Head Coach Brad Embry and his squad the weeks ahead will be business as usual – just as it has been for the last 13 seasons he has been at the helm.

“I always say at Water Valley we are going to prepare year-round to be state champions,” Embry said. “We have a lot of potential, we have worked hard since last season, we have done our routines.”

Embry reported that former division rival Independence will be a formidable foe.

“They probably had two or three of the fastest kids in our region last year. It was a hard fought win for us,” he added about last season’s 21-10 win against the Wildcats.

The four-win season in 2020 marked one of the toughest seasons since 2016, when the Blue Devils only notched two wins. Two years later, and with many of the same players on the roster, the Blue Devils recorded their second state championship title during a spectacular season.

This season there are 15 seniors on the roster, but what impresses Embry the most is his team’s depth.

“While I think we have a really good group of seniors, we are really balanced from 12th grade to ninth as far as ability. We haven’t been that way in a while,” he explained. “We have a lot of potential.”

The Wildcats were able to play their scrimmage, giving their athletes a two-quarter advantage as they were tested for the first time of the season.

“But I think we are as ready as we can be. It’s a marathon, not a sprint, to see what your kids can do each week,” the coach said.

Embry also commented on disruptions some schools are already experiencing due to Covid-19 outbreaks forcing quarantines.

“It will be survival of the fittest to see who can get in the playoffs,” Embry told the Herald. 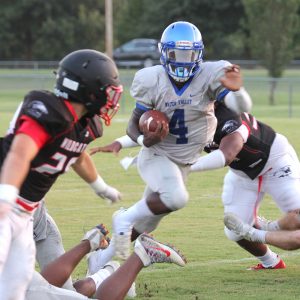