WATER VALLEY – A runoff election is scheduled June 28 in the Republican Primary for the 2nd Congressional District. Republican candidates Brian Flowers and Ron Eller were the two top vote-getters in the June 7 Primary, but neither received a majority of the votes cast and will be on the runoff ballot. The polls at the county’s 12 precincts will be open from 7 a.m. until 7 p.m. Voters who cast a ballot in the Democratic Primary on June 7 are prohibited from crossing over and voting in the Republican Primary runoff. Voters who did not cast a vote in either primary on June 7 are allowed to vote in the runoff.

The winner of the June 28 Republican Primary runoff will face Democratic incumbent Bennie Thompson in the November General Election.  Thompson is consider the front-runner in the election. He joined the House of Representatives in April, 1993, after winning a special election for the 2nd Congressional set. He was elected to a full term in 1994 and has been reelected 14 times.

The circuit clerk’s office will be open Saturday from 8 a.m. until noon for absentee voting. Saturday is also the last day to cast an absentee ballot in the election.

The deadline to cast an absentee ballot in the Republican runoff is Saturday, June 25 at noon in the circuit clerk’s offices in Water Valley and Coffeeville. 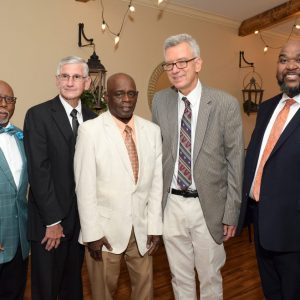