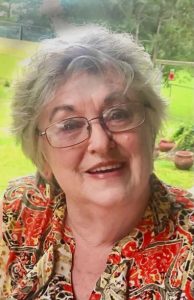 Kristie Hartley and Beth Deloach, both from Tillatoba, set up a Yalobusha Cattlemen Association booth at the Watermelon Carnival and raised money for the association. Kristie and Beth are on the cattle board – Yalobusha’s finest!

Martha Box has been a busy lady pitching in here and there to help out a few good friends and family.  I know she is thankful that she is feeling a lot better so she can do these things.

Martha reported a great spirit-filled message delivered Sunday morning by a spirit-filled pastor, Bro. Tommy Darby, at Willow Springs Assembly of God. She invites you all to come Sunday mornings at 11 a.m. to be lifted up and inspired by the Holy Spirit with great music and singing.

Ginger Harrison said they had a blast on vacation with Diane Hill, Phil, Jake and Josh. They went to Nashville for a dinner cruise. They toured around the city the next day and then drove on to Pigeon Forge.

“We tried to see and do everything including tasting all the food. It was a very nice vacation,” Harrison shared.

Angela Dukes is sporting a beautiful new Mazda Miata that she purchased last week, a cute little two-seater convertible. Her mother, Debbie McCool, said she hasn’t given her a ride yet but Allison, Angela’s daughter, loves it and got to ride with the top down. I want the top down when I ride in it too, Allison!

Debbie said Sunday, the 14th will be her dad’s, Ray Bell, 88th birthday. They are planning on all going to his house for a birthday cookout. “Daddy is really blessed and so are we to still have him and him healthy,” Debbie said. She added that she can’t keep up with him!

Tuesday afternoon our visitors were Curt and Elke Hettwer Tillman of Germany, Patsie Tillman and great granddaughter, Amelia Fox, of Coffeeville. Elke had made a great tasting chocolate coffee cake and brought over. Curt and Elke left in the early morning hours on Wednesday going to Nashville to catch their flight back to Germany.

Diane Dukes and Terri Pullen went to the Watermelon Carnival in Water Valley Friday and reported a good time. They purchased some nice things. I wanted to go, but I knew the heat was going to be unbearable for this old lady!

Sam, Anna and Joanna Pullen along with Nancy Chambers went to the Watermelon Carnival Saturday and stayed just about all day and loved every minute of it!

On another note: Ginger Harrison said there are two goats and a pig in her yard. Someone better get them. They have a blue heeler and can’t say what’s about to happen. I’m sure they have found their way home by now or someone enjoyed barbecue over the weekend.

Happy anniversary to Gene and Lillian Standridge on the 13th, and to Don and Jackie Bowman on the 14th. May both couples have a blessed anniversary!

Get-well wishes to Lisa Havens, who was in the hospital with pneumonia, and to grandson, Waylon Dukes who had to go get shots for an ear infection. Both are feeling some better.

Pray for our lost and lonely and our sick and shut-ins.

If you have news send to patcieruth41@yahoo.com

Thought for the day……..An optimist is a person who thinks he can break up a traffic jam by blowing his horn. 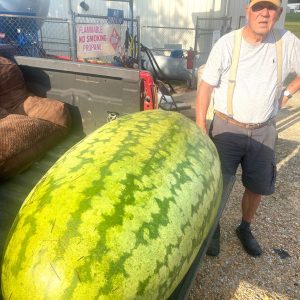 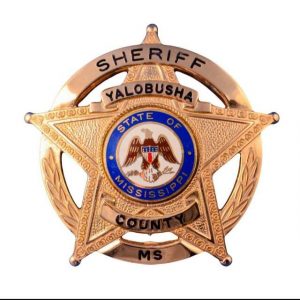