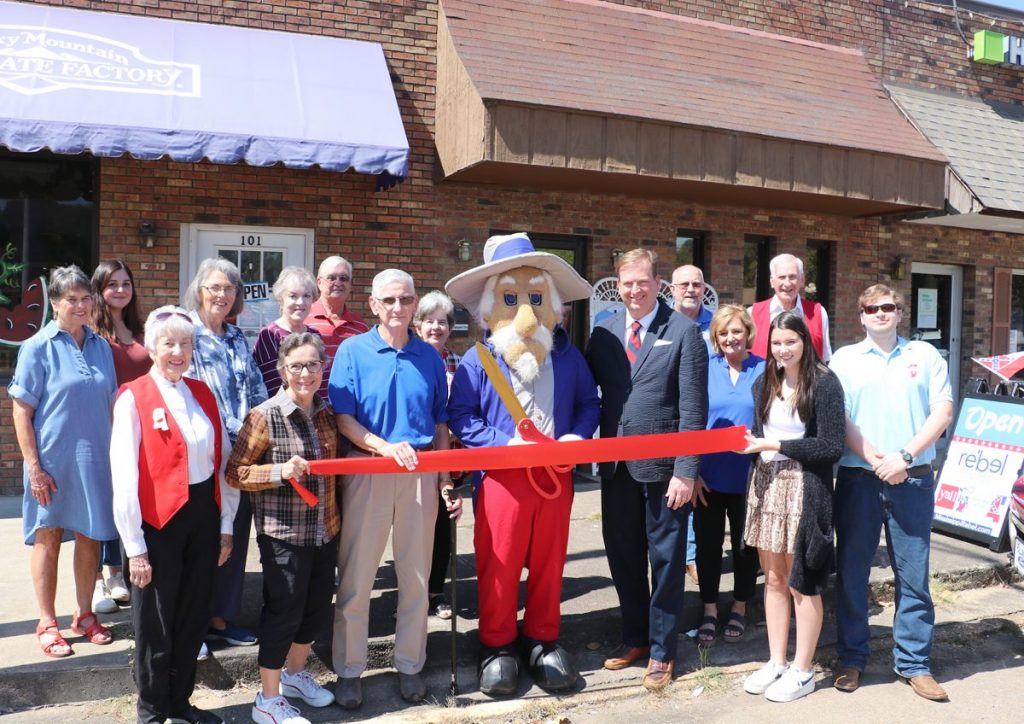 Located at 103 North Main, the location is the official retail store for the Colonel Reb Foundation which has fought since 2003 to keep the iconic Colonel Reb mascot and other rich traditions of the Ole Miss Rebels.

Partners Jon Rawl and Jerry Short opened the store as a retail location to purchase Colonel Reb apparel including hats and T-shirts. Rawl reported that much of the store sales will be generated from online sales from their website, mississippirebel.com. The store will be open for walk-in customers on Fridays from noon until 6 p.m. and Saturdays from 10 a.m. until 6 p.m.

“Officially Ole Miss got rid of the Colonel in 2003, but for 90 percent of the fans he is still the mascot,” Rawl reported.

Rawl reported that since 2003, the Colonel Reb Foundation has given away over one million stickers featuring the slogan, “Colonel Reb Is My Mascot.”

For information about the store or apparel, visit the store during open hours or email support@mississippirebel.com.