COFFEEVILLE – Wanda Fly Burrowes, age 60, went to her forever home Wednesday, November 16, 2022, at her home in Coffeeville. Born December 2, 1961, in Water Valley, she was a daughter of the late George Fly Sr, and Mary (Wolfe) Fly.

Wanda was a very loving, yet strong-willed person. She graduated from Yalobusha Academy in Coffeeville where she played for the girls basketball team. Wanda also loved participating in beauty pageants in Water Valley as well as the surrounding counties, claiming the top honors a number of times. After finishing school, her career path kept her living in Water Valley as she started with the Yalobusha County Hospital and later moving to Con Agra.

When not working, Wanda enjoyed arts and crafts and playing with her dogs. But absolutely nothing meant more to her than spending time with her family, especially around the holidays. She also adored attending the sports activities of her grandchildren, whom she loved.

Visitation was held Saturday, Nov. 19 in the Gardiner Room at Seven Oaks Funeral Home from noon until 2 p.m. Services immediately followed at 2 p.m. in the Henry Chapel of Seven Oaks with Bro. Jason Fletcher Fly and Bro. Craig Baker officiated. Burial was in Goshen Cemetery in Coffeeville.

Along with both of her parents, Wanda was preceded in death by two brothers, Paul Fly and Jesse Fly; and her step-mother Carla Fly.

WATER VALLEY – Mrs. Ima Johnson Jones, a lifelong resident of Water Valley, began her life in Heaven on November 17, 2022. She was born August 10, 1921 to the late Clarence and Myrtis Johnson. After graduating as valedictorian of her class from Jeff Davis High School, she entered nursing training at Grenada General Hospital and subsequently earned her RN license in Mississippi and Tennessee.

After raising her two sons until they started school, she began her 29-year career as public health nurse in Water Valley and was later was promoted to Yalobusha County Health Coordinator. She was particularly proud of her role in administering the polio vaccination program in Yalobusha County to help eradicate the dreaded disease. Ima was well known for her cooking skills. When she hosted a family gathering, she could prepare a delicious meal for 25 people and have food left over. She dearly loved her family and friends.

A celebration of her life was held at Seven Oaks Funeral Home in Water Valley on Monday, November 21. Visitation was at 10 a.m. with the service following at 11 a.m. A graveside service followed.

The family received friends on Wednesday, November 16 from 10 a.m. until service that followed at 1 p.m. in the Chapel of Newsom Funeral Home in Charleston. Interment followed at Magnolia Garden Cemetery.
Randy enjoyed fishing, hunting, anything outdoors and loved his extra curricular activities!

Those whom he leaves behind include his daughter, Sheila Locke Busby (Dewayne) of Enid; three grandchildren, Brittanie Locke (CD) of Charleston, Larissa Wiggins (Aaron) of Enid and Haley Locke (Dre) of Water Valley; two brothers, George Wayne Morgan and his late wife Kathy of Charleston, and Kerry “Bones” Morgan; and a host of great grands, nieces and nephews.

He was preceded in death by his parents, George and Katie Morgan; and three brothers, Andy Doyle, Kenneth Powell and Jimmy Morgan.

Visitation was held Friday, November 18, from 11 a.m. until noon in the Gardiner Room at Seven Oaks Funeral Home. The funeral service followed at noon in Henry Chapel. Internment was in Oak Hill Cemetery in Water Valley. Bro. Shane Crawford will officiate. Seven Oaks Funeral Home is in charge of arrangements.

Jean is described by her family as being caring, giving and genuine. She was a LPN and worked at both Methodist Hospital and Yalobusha County Nursing Home. She was very faithful in her walk with God and a proud member of Sylva Rena Baptist Church. In 1993, she went on a mission trip to Honduras, proudly serving the community there. She thoroughly enjoyed spending time with her church family and helping wherever she was needed. In her spare time Jean often enjoyed gardening, reading her Bible, and visiting with the folks at the Yalobusha County Nursing Home every Sunday. Many of the community members referred to her as “Aunt Jean” and a “good friend.” Her sweet spirit and friendship will be missed by all.
Jean is survived by her daughter, Cynthia Sprouse Smith, of Nesbit; her grandchildren, Billy (Tabitha) Smith and Bobby (Melissa) Smith; her great-grandchildren, Hunter Smith, Olivia Smith, and Audrey Smith; her sister, Joan Carlini (Dale) Rowsey; her sister-in-law, Diane Crosby Carlini; and a host of nieces, nephews, and cousins.

Jean was preceded in death by her husband, Harold Sprouse; her parents, Jim McCullar and Nelia Carlini; and her siblings, Nick Carlini, Jimmy Carlini and Judy Carlini Mills.

In lieu of flowers, donations in honor of Mrs. Jean Sprouse can be made to the American Cancer Society or to Sylva Rena Baptist Church (17640 Highway 32, Water Valley, MS 38965). 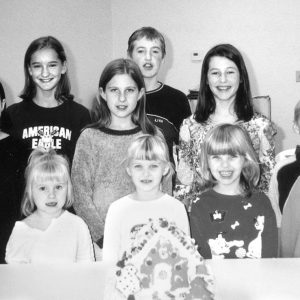 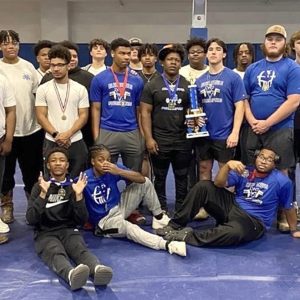