Don Holloway recently brought in a photograph of the Park View House that was located on North Main at North Court Streets facing the park. Not a lot is known about the early history of the building other than a doctor named Porter owned it and had his office there.

The photograph shows a dry goods store located on the left and what appears to be a grocery store on the right. A drayage wagon is “parked” out front near the water troughs.

In 1947 B. R. Jones bought the building from the widow of Dr. Porter and opened a grocery store, according to his son, Jimmy Jones. The doctor was considered a bit eccentric and kept a skeleton in his office, Jones said. “I guess we bought the skeleton too,” he added.

The Herald reported that the old building was destroyed by fire on February 20, 1957. The blaze was believed to have started over the grocery store in an apartment occupied by Mr. and Mrs. Jesse Pass and family.

Jones said that his father vowed that the store would reopen by April 1. With the help of builder L. D. Jones, also a son, the building was completed with time to spare.

B. R. Jones Grocery and Market became Jones Supermarket when it reopened. The new store brought several firsts to the grocery business in Water Valley including piped-in music and uniforms for the staff.

Rocky Lindsey, one of the many young men who worked for Jones over the years, said he fondly remembers the tough lessons he learned working at the store from 1966 until 1971. “I hadn’t thought about the level of customer service we provided back then. The customer was always right.”

The business moved into a much larger building on Central Street in 1978 after 31 years at the original location. 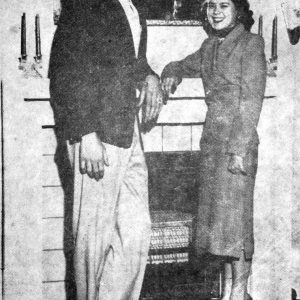