WATER VALLEY – A life-long love of books and the joy of sharing with children prompted retired elementary school librarian Sue Fuller Rogers to write a series of 20 books about Native American culture.

Rogers said there were all kinds of reference books available about Native Americans, but few on the lower reading levels for children. So, she wrote her books for students in the third and fourth grades.

The Story Keeper Series explores the everyday life of the Choctaw, Chickasaw, Navajo, Cherokee, Lakota Sioux, Chippewa and many others. “Everything that’s in them are facts about that particular tribe,” Rogers said. When I started doing the research on them I found that they were lining up in order and I was going to have to write about each tribe.”

Her interest in books and writing first developed when she was a little girl. “My sister and I would sit on the arms of my daddy’s rocking chair and he would read to us. And, I just fell in love with words…how they sound…how they roll off your tongue.”

Rogers, who was a librarian for 25 years in Arkansas inner-city schools, moved back home to Oxford in 1993 where she spent another eight years as librarian at Lafayette Elementary before retiring.

She often jokes that she was born in Denmark and educated in Oxford. Denmark is a small community east of Oxford in Lafayette County.

Along with writing, Rogers likes to talk with children in person about Native Americans and their way of life. “We make visits with children all over everywhere,” she said. “We’ve been to Indiana, Arkansas, Kentucky, Mississippi, Tennessee, all around.”

Rogers smiled when she described a comment made by a second grade student during one of her visits. “Their teacher asked, ‘Have any of y’all ever seen a real author?’ and this little boy said, ‘I have. Johnny wrote a story yesterday and I know him.'”

She recently spoke to the after-school art students at Imagination Station on Main Street. The wide-eyed group listened intently as Rogers described the roll of children growing up in a tribe.

“The boys had two main things they were responsible for. They had to be a good hunter to find food and they had to be a brave warrior to protect the tribe. The girls gave birth to the babies so they were called the givers of life and they were in charge of the food, which made them very powerful people.”

For her talk she wore a dress with Choctaw designs. “It’s not the same that a Cherokee would have or an Apache would have. I had to learn all that,” Rogers said.

As she spoke, Rogers showed the youngsters items from her collection and explained their significance. At one point she demonstrated how rice was harvested by beating two sticks together, a process called “knocking the rice.” She also displayed a totem pole that depicts the history of a tribe. “It’s fun writing, but it sure is fun sharing with children,” she commented.

To make sure that the books were authentic, Rogers did a lot of research as did the illustrator, Jane Lenoir. All of the pictures in the book show the houses, clothes, and even the animals they hunted as they were at the time, according to Rogers.

“She knew as much about it as I did,” Rogers said about Lenoir. “That’s how she made her pictures. I wanted the facts to be straight. It was very important for her to do the same research.”

Rogers doesn’t charge for her school visits, but does ask that the sponsor purchase a set of the books for their library. The hardbacks are $16 each and the softbound are $7.

She has already started work on the second series of books and is looking for a new publisher. For more information about how to obtain the books or to help sponsor a set for a library, contact Rogers at her email address rogersbooks@msn.com or (662) 473-3853.

She and her husband of 50 years, Leonard, currently live just south of Water Valley near her daughter and son-in law, Susan and Joe Newman. 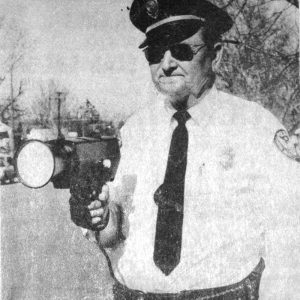