The Yalobusha Historical Society held its regular monthly meeting in its headquarters in the Presbyterian Church in Coffeeville on October 15. Thirty-two  members and guests were present.  Lawrence Litten spoke the opening prayer. President Mike Worsham welcomed everyone, and spoke of the recent open house at our building during the October 3 celebration of Coffeeville’s 175th birthday. Approximately 200 people visited the headquarters. Mike thanked all the people who worked diligently to make Coffeeville’s birthday celebration a huge success. We especially thank the ladies who brought flowers to decorate our building, both inside and out, and the ones who helped with the refreshments.

Prior to introducing the day’s speaker, Program Chairman Opal Wright stated that the November program will be given by another Society member, Jimmie Pinnix. He will show slides of a trip he and his wife, Francine, made to Spain. It will include scenes of castles, the Strait of Gibraltar, North Africa and other points of interest. The public is welcome to attend all meetings. Opal then introduced one of our own, Society member, Julia Lynn York Fernandez. She lives just off # 7 Highway, between Coffeeville and Water Valley.

Julia grew up in the Skuna Valley area, attended grammar school there, and graduated from Coffeeville High School. Her parents were the late Clarence and  Sally McNamee York. Her late husband, Kenneth, served as Yalobusha County Beat 4 Supervisor. Her daughter, Amy McMinn, currently serves as Yalobusha County Chancery Clerk.  Her other daughter, Cindy Fernandez, is a teacher at Regent‘s Academy in Oxford.

Julia graduated from the Baptist Hospital School of Nursing in Memphis. She worked in the nursing field for 11 years, and decided she wanted to become a Nurse Anesthetist. Her friend, Allene Landreth Johnson, had become a Nurse Anesthetist, so she talked it over with her. Allene encouraged her to follow her dream, so Julia enrolled in the Nashville (TN) School of Anesthesiology. When she got her degree there, she worked in the Nashville area for a while. She returned to North Miss. and worked as a Nurse Anesthetist in several hospitals. She was working at Baptist Memorial Hospital in Oxford when she retired a year ago.

Julia’s program was entitled “The Vann Family,” a pioneer family in the eastern part of Yalobusha County in its early years. They settled in the vast stretch of rich farmland that lay on both sides of the Skuna River. Records of the Vann name date back to the 1100s, in France. There was a village called “Vannss” that still exists today, as a resort area. Many books have been written on the Vann families, and Julia brought many of them along. She credits her first cousin, Martha Clements, of Florida, with much of the information she has obtained. Martha’s father was a brother to Julia’s father. Three other first cousins, Robbie Wortham Lott, John Daniel York  and Martha Upchurch  shared family information with her. She also interviewed Gaylon Gray and James Aubrey Perkins.

Julia picked up the Vann line of 1770 with a John Vann and his son John. Son John married a Parker and had three sons and a daughter. Son Harrison was Julia’s g-g-g-grandfather. He married Julia Ann Field. Their sons were W. W. and John Oren Vann.  John Oren came into Yalobusha County from Gates Co., NC with the Riddick family in 1848. (Red’s great-grandparents) Julia said she didn’t know when W. W. came, but when he got here, he married a Sarah Williams.

At this point, Julia paused to answer the question that Opal had asked her when she first invited her to speak on the Vanns. When she was growing up, she had a neighbor whose father was Vann Perkins. She always wondered what the connection was between the Vann and Perkins families. So, now she will know – W. W. and Sarah Vann had a daughter, Mattie, who married James Thomas Perkins. They were the parents of Vann Perkins.

John Oren Vann, Julia’s great-grandfather, married Ellen Spearman. They settled near Skuna River, and purchased 2,000 acres of land. John Oren served time in the Confederate Army. His family kept the farm going while he was gone. They hid the cotton in the woods, and when John Oren returned, they cleaned it up and sold it. He used the money to build a covered toll bridge across Skuna River, the very first. The bridge, of course, developed a history of its own. It was the scene of a wedding, and became a ’battleground’ when two vehicles came up on the one-way bridge at the same time, and neither driver would let the other move. (until they settled  the stand-off with fists!!) Berkley Brewer recalls, that, as a kid, the boys would hide in the rafters and scare unsuspecting people as they crossed the bridge.  The Vanns became quite successful business people. He sold the bridge after a few years, and opened a gristmill and gin. The mill, the only one for miles around, was powered by water from one of the many springs in the area.

John Oren, after the death of his wife, Ellen, married his daughter’s mother-in-law, Sarah Amelia Perkins York. He sold the mill and gin and called himself retired. He lived another 30 years, and died in 1919, at the age of almost 91. John Oren Vann had lived a good life, and his life story has become a most interesting bit of Skuna Valley history. The land he loved is now under the waters of Grenada Lake for much of the year, but a dipping vat for the cattle and some big rocks can still be found at the mill site, and some pilings of the old bridge are still visible at low-water stage. Amazingly, the spring that fed the water to run the mill is still there, and flowing freely!

Julia’s paternal grandmother was Julia Ann Vann, John Oren and Ellen’s daughter. She married W. D. York, Julia’s grandfather. So, Julia has quite an interesting connection to the Vann’s mill, bridge, gin etc. And of course, there are the memories of growing up in the beautiful Skuna bottom. Julia reminisced about the good old days, before the U. S. Government came and started buying up the land in the Valley, to construct Grenada Reservoir. She talked about Skuna Valley School, the churches, and the families who lived in Skuna bottom. She even touched on the subject of basketball, a sport she participated in from the time she was in the fourth or fifth grade at SV school, all her years at CHS, and even during the early years of her nursing career. It was all very interesting, made more so with the audience participation. We are grateful to Julia for sharing her family’s rich history with us. Thanks, too, for bringing so many pictures, documents and books. By the way, the “Vann’s Mill” name is still in use today. The voting precinct in that area of eastern Yalobusha County is called ‘Vann’s Mill.”

After she covered the J. O. Vann story, Julia told about the Indian line of the Vann family, the Cherokee Vanns. She has visited the ancestral home of Chief John Joseph Vann near Dalton, GA. There are many, many Vanns of Indian decent across the country. They have a reunion each year, and already, 369 have registered to attend the 2010 reunion.

Our “Fall Display,” started by Tom Moorman was once again a great success. Tom and several other Society members had gathered dozens of wild nuts, fruit, seeds, leaves and plants from the woods, fields and meadows. There were all sorts of nuts, acorns, colorful gourds, winter squash, horse apples, scuppernongs, several kinds of peppers, sweet potatoes, cotton, corn, ornamental corn, huge persimmons and a radish-like root called ‘lodock.’  A new item, I believe, was the fruit of the Paw-paw bush, also called paw-paws. This was a great display, and we thank Tom and the others for making it possible. It makes us aware of the great state we live in, and of the wonderful things Mother Nature provides, most of it without help from mankind. 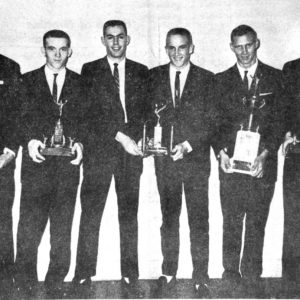 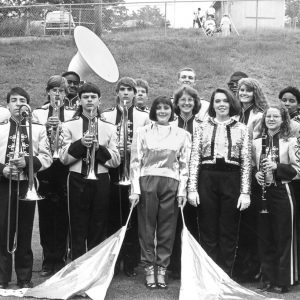 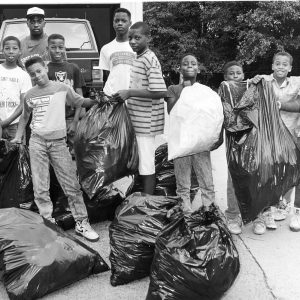 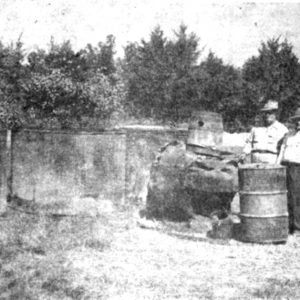