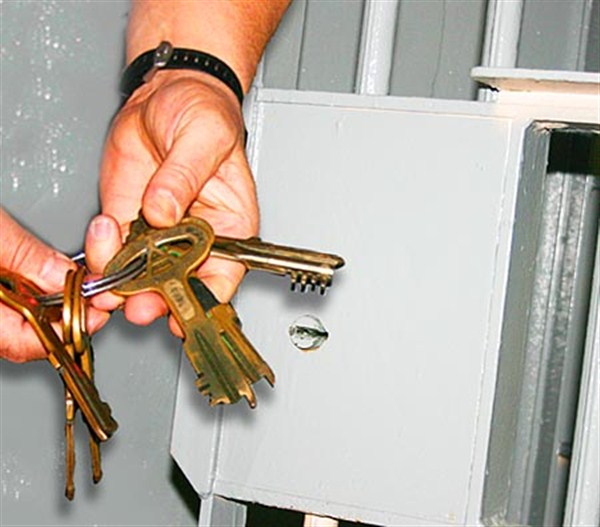 
COFFEEVILLE –  The new county jail will be constructed in Water Valley at the Yalobusha County Complex on County Road 436 following a split vote in a supervisors’ meeting Tuesday.
The vote came after months of calculations and negotiations, with supervisors Lee McMinn, Tommy Vaughn and Amos Sims in favor of the Water Valley site.
Frank “Bubba” Tillman cast the sole nay vote on the issue while George Suggs abstained.
Prior to the vote, sheriff Lance Humphreys provided the cost to construct a new sheriff’s department, a figure that ranged from $85 to $150 per square foot for a 3,300 square feet facility.
A new department has been identified as a potential need if the jail is constructed in Coffeeville because the current sheriff’s department is in Water Valley.
Citing input from North Delta Planning and Development District Direc-tor Steve Russell, Vaughn stressed the county has a strong possibility of being awarded an ARC grant that would pay 80 percent of the sewage and water that could be applied to the Coffeeville or Water Valley site.
Tillman then questioned  Humphreys about this need, asking a theoretical question about an earlier jail site that was not selected.
“We discussed a site at the (Water Valley) Industrial Park. You said, ever where we build a jail you are going to have to have an office. If we would have went to the industrial site in Water Valley, would you have expected to build a big building out there?” Tillman asked.
“No Bubba, what I am getting at is it doesn’t make sense to have your jail and offices 10 or 15 miles apart,” Humphreys countered.
“Wherever y’all tell me where to go, that’s where I am going. If it’s in Water Valley, that’s fine. If it’s in Coffeeville, that’s fine. I’m not playing the Water Valley, Coffeeville thing,” the sheriff said.
Suggs was next to speak, reminding supervisors that he had made a motion two or three months earlier to put it in Coffeeville.
“Which we kind of kicked around and kicked back out,” Suggs said. “I don’t care where we put it. I know it is not coming to Oakland, I don’t want it in Oakland,” Suggs said.
“I have to say this, Coffeeville was the first to step up and say you can put it down here,” Vaughn agreed.
Vaughn then outlined his reservations with the Coffeeville site that included the jail is seven-tenths of mile off the highway, a route that goes through one soybean field to a second soybean field where the jail would be constructed.
Vaughn also said a high pressure natural gas line  within 300 yards of the Coffeeville site could be another another problem.
Vaughn noted that the county would have a county-owned empty building if the sheriff’s department is moved to Coffeeville from the Yalobusha County Complex. He also said an adjacent building at the complex that is not currently in use could be used as a cafeteria for the jail.
“But Coffeeville went farther than Water Valley did – stepping up and helping. But it’s not a Water Valley, Coffeeville thing. We are trying to find the best place,” Vaughn said.
Tillman then outlined the benefits of the Coffeeville site that included: a 10-inch water line already on site, natural gas hook-up versus propane in Water Valley and fire protection that includes hydrants.
The Coffeeville site would also need an access road, but Tillman said the county has the equipment to pave the road.
“Who cares whether or not you see the jail?” Tillman also asked, referring to the Coffeeville site in the soybean field versus the Water Valley site.
“Some of the people feel like it is being shoved away because it is a bean field. It is an industrial park,” Tillman continued about the Coffeeville site.
“No,” Vaughn answered. “Let me say one thing before this gets too deep. The very cheapest thing we are going to do is going to cost $35,000 for Coffeeville and $84,000 in Water Valley,” Vaughn said, referring to the infrastructure costs the county would incur as part of the match for the ARC match.
But Vaughn then stressed the extra $400,000 to build a new sheriff’s department in Coffeeville.
“How are we going to justify spending $400,000 of taxpayer’s money just because you want it in Coffeeville?” Vaughn asked.
“Have you got to build that much office space for the sheriff? Do you have to do that?” Tillman asked, referring to a new building similar in size to the current building used by the sheriff’s department.
“I don’t want to go back to the way we were. We were having to share offices. If somebody came down there to talk to me in private, I would have to ask Jerry (Chief Deputy Jerry Ferguson) to leave,” Humphreys answered
Lee McMinn was next to weigh in on the issue.
Producing a map that detailed the population in the county, McMinn pointed to more people in the northern part of the county.
“You got quite a few less (population) on the south end of the county. To me, if you had the jail closer to the population center of the county, that’s a factor I would certainly consider as a plus to go to Water Valley,” McMinn stressed.
The vote followed with Tillman casting the nay vote.
“I am going to vote against it,” Tillman told the board.
“But I am going to be 100 percent for it,” Tillman said about the jail project when asked by Vaughn.
“When we leave here today, that’s over with and we are going to move forward,” Tillman added about the site selection.