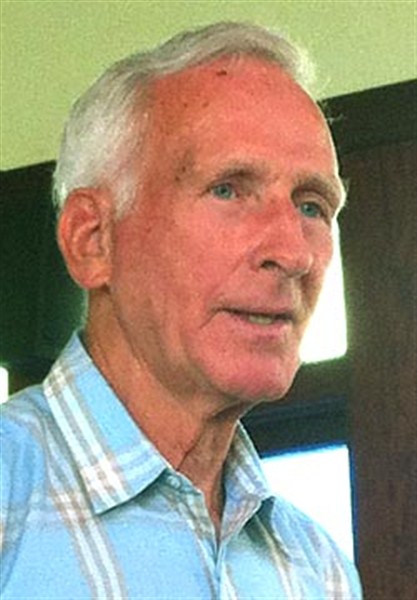 On June 20, 2013, James Person, native of Water Valley, shared with members and visitors of the Yalobusha Historical Society.

One of the earliest settlers in what was to become Yalobusha County was Henry Person, born 1792 in Warren County North Carolina, the son of Jesse and Amy Rush (Perry) Person.   Knowing that land was or would soon be available in north Mississippi, Henry and a party of friends or relatives went to this area as early as 1826-27 in search of land suitable for settlement.  Henry found the type of land he wanted to buy, fertile soil, rolling hills, excellent water, timber and wild game.  He returned to N. C., and immediately made plans to move.  About this time he married a widow, Mrs. Elizabeth Coleman.  Elizabeth had a small daughter, Betty, born in 1825.  A son was born to Elizabeth July 21, 1828.  He was named Presley Carter for Henry’s older brother.    Their new home was situated on a knoll east of little Moreland Creek.    The stage road crossed Henry’s land just west of Moreland Creek and the nearest neighbor was Isaac Overton Pearson.  Henry died at his home in 1867 and is buried by the side of Elizabeth in a family cemetery about one mile north of his home known as Person Burying Ground.

Presley Carter Person was born in 1828 the year his parents moved to the Yalobusha area.  His father wanted him to study medicine and may have begun.  Pres was not interested in that subject, only wanting to become a planter.  Pres married Exene Pearson, daughter of Isaac Overton Pearson.  One daughter, Mary Jane (Mollie) was born July 21, 1855.  Exene died when Mollie was small.  While visiting his Person relatives in Tennessee Pres met and married Martha Jane Greer in 1860.  Martha Jane moved to Yalobusha County by ox wagons carrying her household goods.  They lived on Pres’s farm south of Velma.  Presley C. Person enlisted in Coffeeville July 14, 1862 Company A, 3rd Mississippi Infantry.  Yankee soldiers made a raid on the farm taking all of the horses and mules except one kicking mule.  A message was sent to Pres and in some manner he retrieved his livestock.  On another occasion he swam a river on horseback and brought coffee and sugar to his family.

Presley Carter Person II known as “Pet” was born January 21, 1865, the only son of Presley C., and Martha Jane (Greer) Person on the farm first settled by his grandfather, Henry Person, where he lived all of his 90 years.  The family converted to the sharecropper method of farming.  At one time is said there were 17 white tenant families of one last name.  Cotton sold at 10.9 cents in November 1879.   When Pet was about seventeen his father died and the responsibility of the farm and care of his mother and younger sisters fell on his young shoulders.  When Pet had cleared enough of his own money to buy a good pair of mules he drove to Water Valley, hitched his wagon and old team behind the stores and searched all day for mules.  On reaching home that night he discovered that he had lost his purse.  He walked up the railroad the six miles and at daybreak he found his purse with money intact in the mud where he had hitched his team.  The nearest neighbors were the Airingtons who lived about one mile away.  The nearest neighbors were the Gholstons, Wheelesses, Gordons, Colemans, Evans, Dews, Vicks and others.    On February 7, 1901, Pet married Emma Louise Stewart, daughter of James Calvin and Julia Brown Stewart.   Emma united with the Bethlehem Methodist Church when it was first organized and services were held in a brush arbor.  Presley C. Person and Emma Stewart Person are buried in the Bethlehem Cemetery.

Mike Ayers in the absence of Mike Worsham called the meeting to order, and welcomed members and guests.

Julia Fernandez announced that Randy Bishop would speak at the YHS Meeting July 18, 2013 on Mississippi Confederate Cemeteries, and she introduced the speaker, James Person.