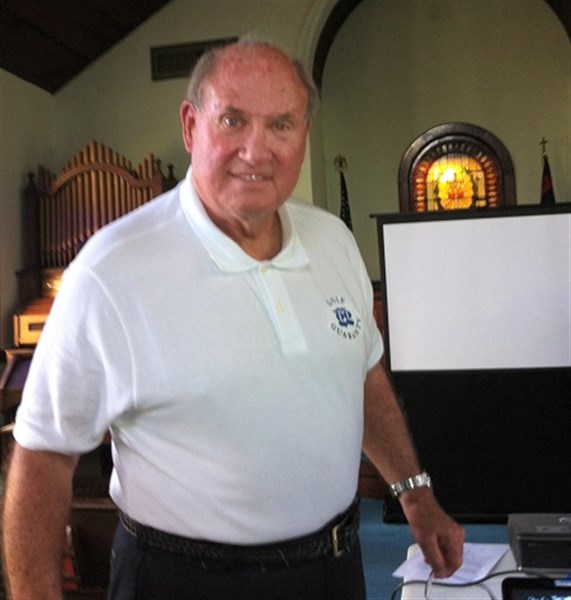 “We will add water to the soup and make home-folks out of you if you will visit us in Mississippi,” Bill Lee and his cousins told the Archbishop of Canterbury on a visit to Robert E. Lee’s ancestral home, Shropshire County, England.  William (Bill) Lee, Robert E. Lee’s cousin, presented a slide show of his visit to Shropshire County, England to the Yalobusha Historical Society membership on September 19, 2013.  Among the slides was Coton Hall.  The Lee Family lived in Coton Hall from the 1300s onwards. Present day Coton Hall was built soon after 1800 for Harry Lancelot Lee in the Georgian style.  Then, the estate consisted of 5,000 acres.   The present building is about 200 years old, the Lee family’s connections to the land are about 1,000 years old.  It was from here that Robert E Lee’s ancestors left for America in the 1600s.  They went to America to trade, and some of them stayed to buy land and acquire power.  Two brothers, Richard Henry and Francis Lightfoot Lee signed the Declaration of Independence.  General Robert E. Lee’s father was Horse Harry Lee.

Lee Hall, Langley Chapel, Ironbridge Gorge, and the Lee Crest were among the other picture slides.

The Lees from America are a steady stream of visitors to Shropshire County, England, especially Lees with a southern accent.

Other items of interest:

Joy Tippit announced that October 3, 4, 2013 Thursday and Friday will be work days for the yard sale on Celebrate Coffeeville Day October 5, 2013.

Julia Fernandez announced that Charles Cooper will be the guest speaker on October 17, 2013.