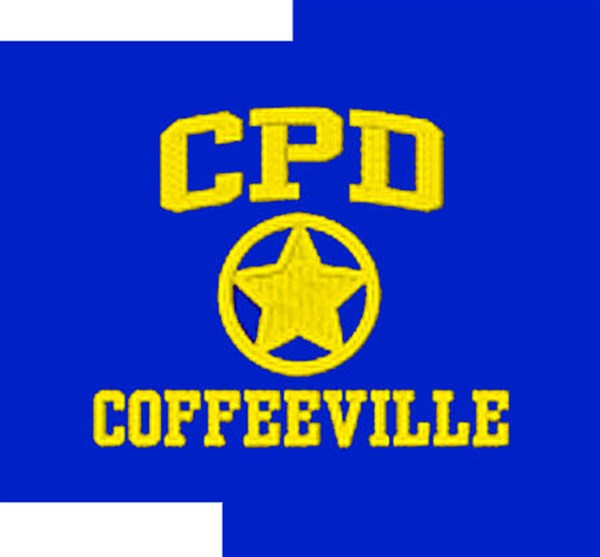 
COFFEEVILLE– A Coffeeville police officer is recovering at the Regional Medical Center in Memphis after he was shot four times Monday night.
Amazingly, officer Kurt Savage was able to return fire, delivering a fatal shot to David Long to stop the barrage of gunfire–protecting himself and Long’s wife who initially called authorities about the domestic disturbance.
“Savage did what he was supposed to do, he fell back on his training and did a good job,” Sheriff Lance Humphreys said about the incident.
After the exchange Savage was also able to contact the dispatcher for help, which came from all across the county within minutes.
Coffeeville police officer Larry Tritt and deputy Thomas West were first to arrive at the residence  at 210 Rayburn Street, closely followed by Chief Deputy Jerry Ferguson.
“He was alert and talking when I arrived on the scene,” Chief Deputy Jerry Ferguson reported.
Humphreys said he immediately requested two medical helicopters and plenty of law enforcement as they worked crowd control and investigated the scene.
The Wings helicopter arrived first from Oxford, landing at the football field in Coffeeville before transporting Savage to the Memphis trauma center.
“It seemed like a long time to get him stabilized for the ride, but it probably wasn’t that long,” Ferguson said. “He was hurting and did not want us to move him.”
The second helicopter, Air Evac from Batesville, was waved off after Long expired. Paramedics from both of the hospital’s ambulance crews were also on the scene and unable to revive Long.
He was pronounced dead on the scene by Yalobusha County Coroner Ronnie Stark.
Sadly, Ferguson said law enforcement officers were familiar with the residence for the same type of call.
“I know the sheriff’s department has responded on numerous occasions for similar problems at this residence,” Ferguson said.
Humphreys said five officers from the Mississippi Bureau of Investigation (MBI), worked the scene, assisting his department and the Coffeeville Police Department.
“We call MBI anytime you have an officer-involved shooting,” he explained. Several troopers also responded to work crowd control as the night wore on.
Members of MBI’s Crime Scene Unit have processed the crime scene and submitted evidence to the State Crime Laboratory for forensic testing, according to a press release from the agency.
Humphreys said that work continued until after 4 a.m. Monday morning.
“We were there all night gathering evidence, talking to witnesses,” Humphreys said.
While the investigation unfolded at the scene, Coffeeville Police Chief Mark Martin headed to Memphis to be with his officer.
“He’s a great officer. We’re blessed to have a guy like Kurt on the force,” Martin told the Herald.
At the hospital the chief and his wounded officer have been able to talk, although Savage has been sedated following two surgeries since he arrived.
“He told me he was going to need a few days off,” Martin said. “We are looking forward to getting him back down here.
Savage has worked in law enforcement since 2003, when he was hired initially as a deputy, according to Martin. His law enforcement background includes three years working security overseas before returning to work in Coffeeville almost a year ago.
Savage is  a graduate of the state’s law enforcement academy and an instructor for Basic Tactics Instructor Training Program (BTITP).

Piecing Together Details
The MBI press release reported the 911 call reporting domestic violence  with shots fired came in around 9 p.m.
Long’s wife was initially barricaded inside the residence but was able to climb out a window and escape to a neighbor’s house, where she contacted authorities.
She met Savage at the police department to file a report, according to Humphreys.
Around an hour later Savage returned with the victim to retrieve personal items and her automobile where she could  leave the residence permanently, according to the sheriff.
That’s when Long started firing.
“Long, who was in a wheel chair and outside the home, pulled a handgun and began firing at the officer. The officer returned fire killing Long,” the MBI press release stated.
While Savage was able to contact the dispatcher, Long’s wife also called 911.
“She told the dispatcher that she wanted to report that David Long has shot the police,” Humphreys said.
Word traveled fast throughout the night as fellow officers, friends and family members expressed concern using social media.
The Memphis news media also picked up on the story during the night, talking to family members and officers who arrived at the Med.