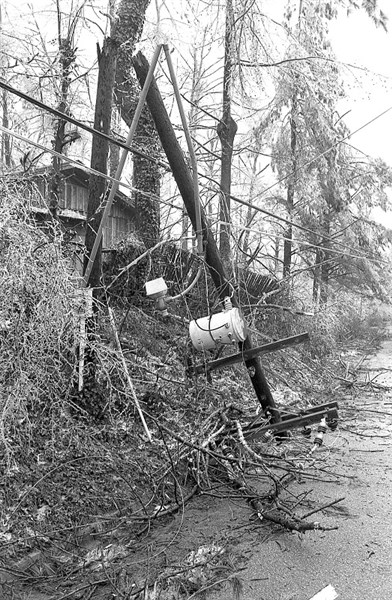 This downed power pole near the Jimmy Knight residence on Market Street was one of many throughout the area served by the Water Valley Electric Department. It was replaced and service restored to the High School and Mounds Pleasant areas on the Monday following the storm. 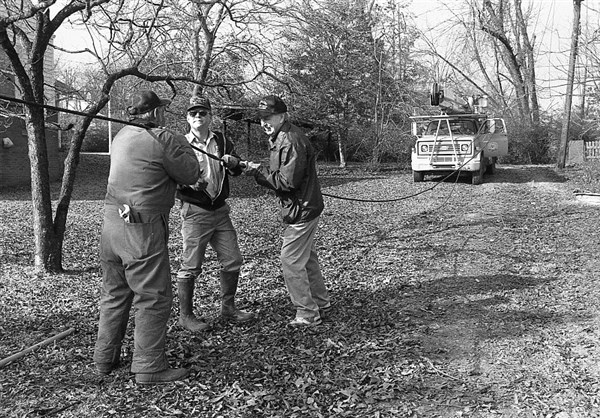 Brownie Crawford (right) helped a crew from West Point repair the line behind his business on South Main Street. 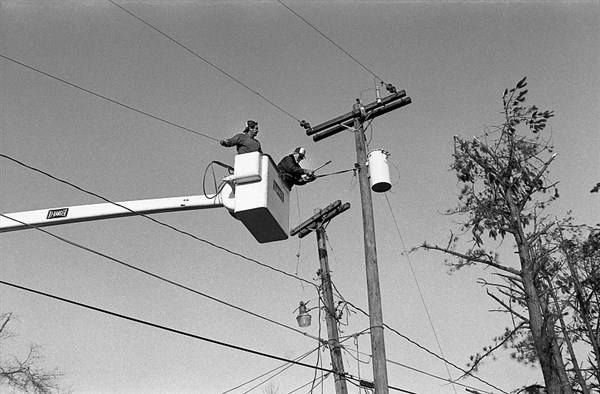 One of the many out of town crews working to help restore Water Valley’s power. 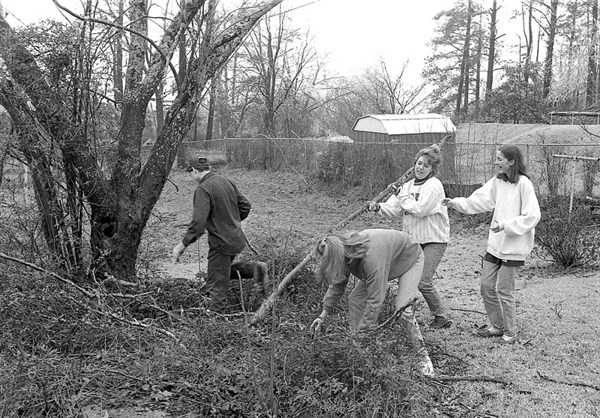 Many residents began their clean-up chore the morning following the storm. 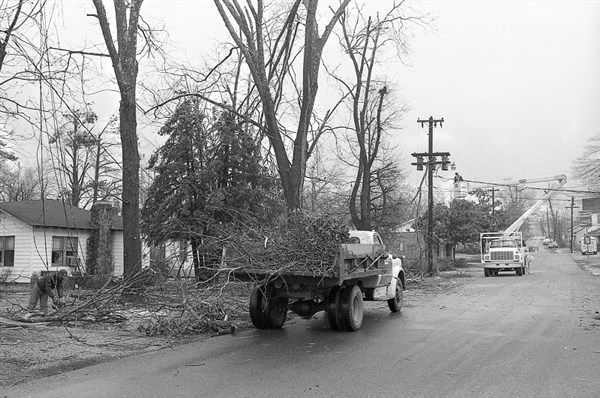 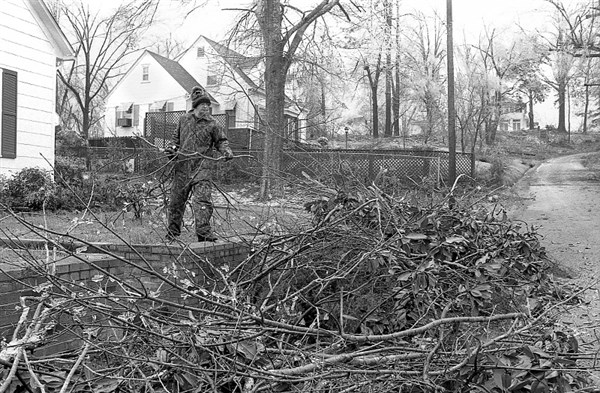 Even before the ice had begun to melt, Barry Caulfield was out cleaning up his family’s yard on Young Street. The Caulfield’s losses included an ornamental magnolia. 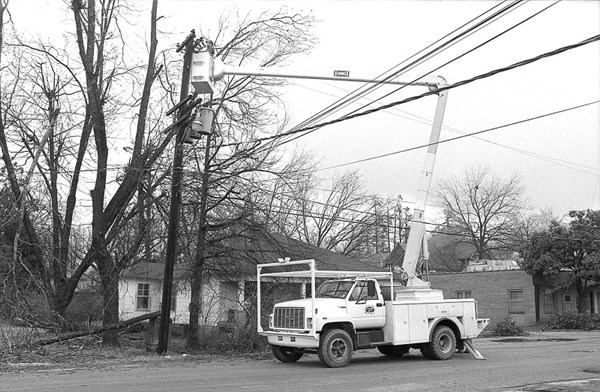 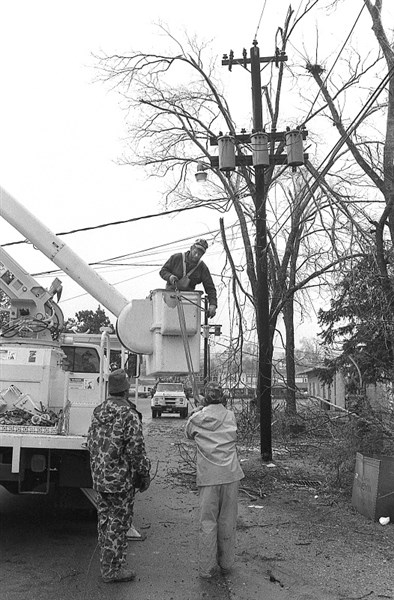 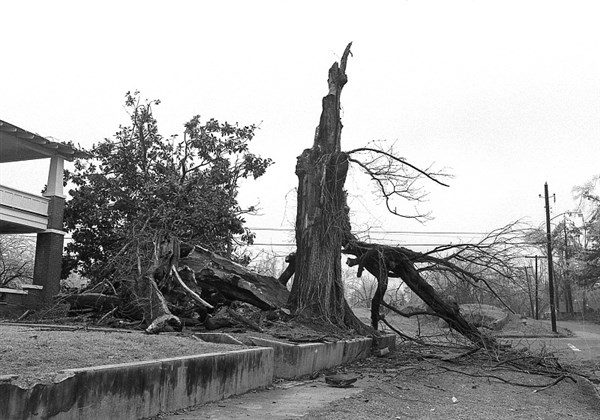 One of Water Valley’s old “citizens” who succumbed to the onslaught of ice. 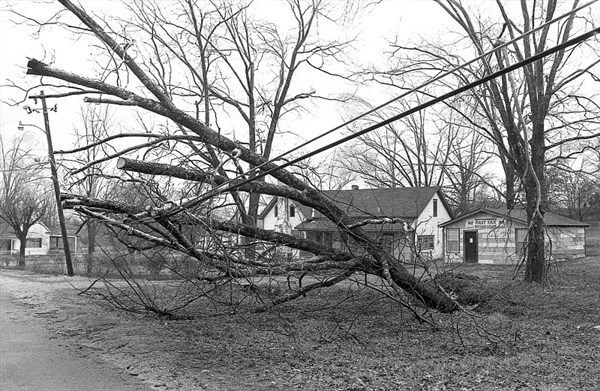 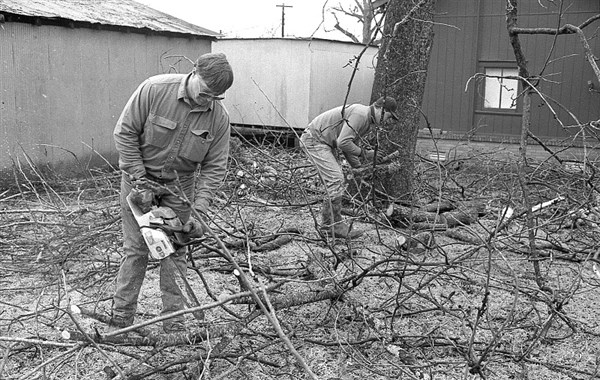 John Avant (left) and son Johnny clean up the yard of a neighbor near his warehouse on North Main during the 1994 ice storm. 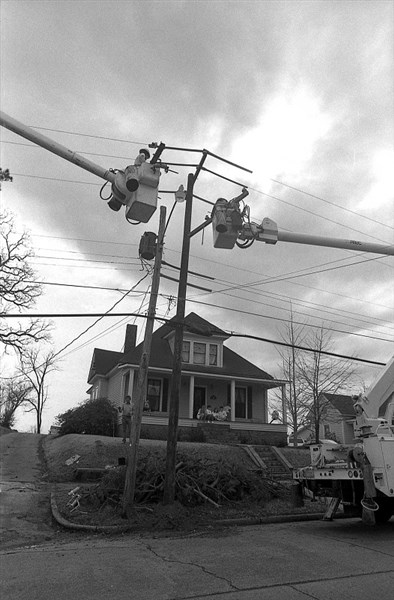 A group of Market Street residents sit on the porch of the Floyd MeGehee home and watch a crew from Marietta, Georgia, replace a utility pole. Crews from all over the south assisted in restoring power to the area. 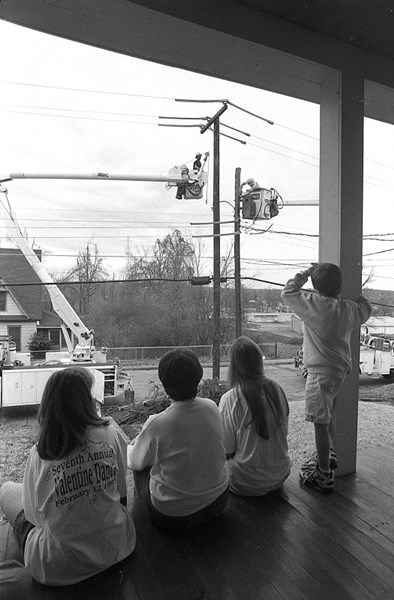 Watching the repairs from the McGehee home were (from left) Erin Edwards, Holly Edwards, Raina Degler and Charlie Edwards. 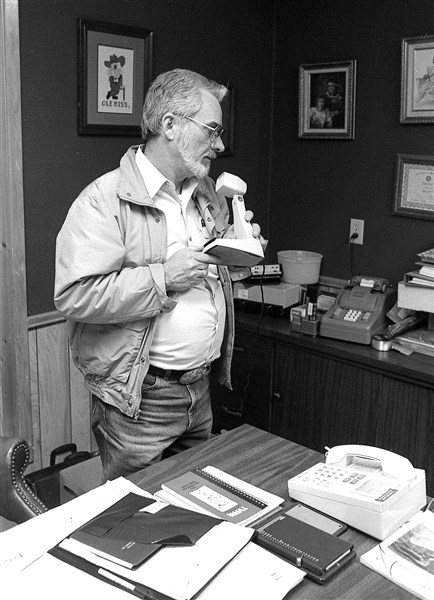 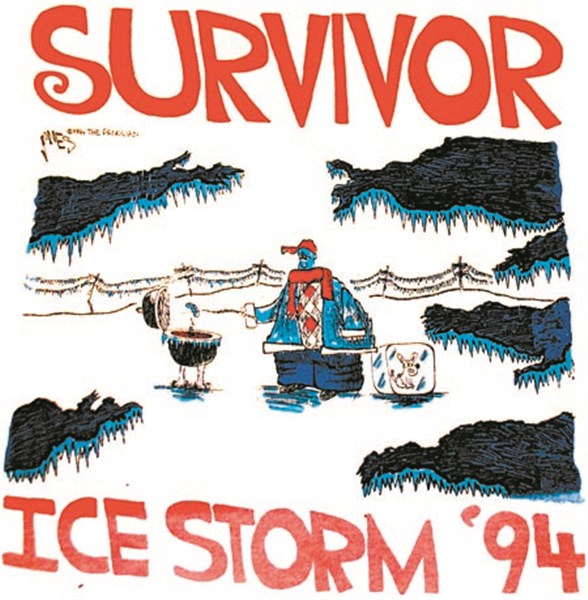 A cartoon in the Panolian following the 1994 Ice Storm depicted a familiar scene, cooking outdoors on the barbecue grill. The design was imprinted on a t-shirt and was sold by the Batesville newspaper in the aftermath of the storm. The artist, Clay Jones, later became a nationally syndicated cartoonist.