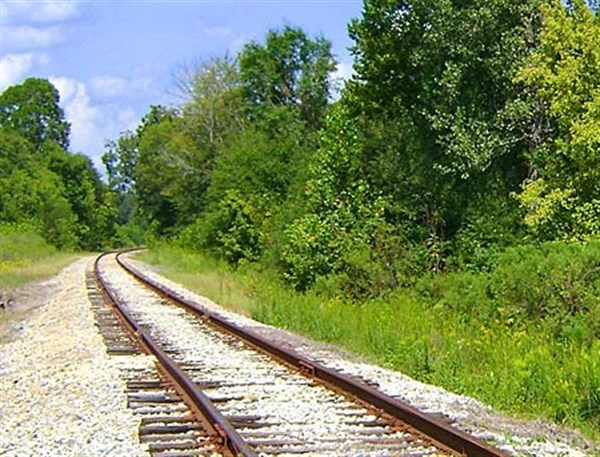 
JACKSON – A House Bill that would create a $30 million bond issue to allow the North Central Mississippi Rail Authority to purchase 187 miles of track from Southaven to Canton awaits action in the State Senate.
An amendment to state bonding legislation by Representative Jason White (R-West) added the $30 million after a separate bill to fund the purchase died in a Senate Committee.
The state bonding legislation now awaiting Senate action will set a maximum total for all bonds issued by the state this year. Lt. Gov. Tate Reeves said in early March that he would oppose new bonding that exceeds the amount of debt retired in a fiscal year.
“That means that we will be competing with other projects,” said a spokesman for the North Central Mississippi Rail Coalition who asked not to be identified. Grenada Railway purchased the 187-mile segment of track from Canadian National in May, 2009, leading to the organization of the North Central Mississippi Rail Coalition.
When Grenada Railway filed a notice of abandonment of the 86-miles segment of track from Grenada to Canton in 2011, the coalition formed an authority to pursue purchase of the line.
Estimates place the salvage value of the steel on the route at $35 million, “so it’s well collateralized,” the NCMRC said.
Towns along the route saw passenger service until Sept., 1995 when then-owner Illinois Central moved its main line to a more westerly rail route between Memphis and Jackson.
Coalition members from economic develop interests and local government officials in the nine counties on the 187-mile route fear that abandonment of the 86-mile southern segment will be a step toward abandonment of the full route.
“There are 2,000 jobs that I know about that would be gone if the rail went away,” Grenada Area Chamber of Commerce president Dolly Marascalco told The Clarion-Ledger.