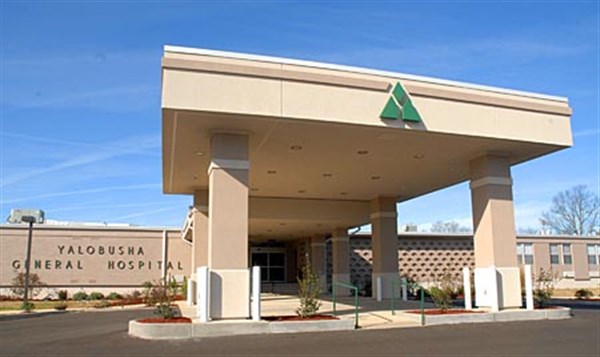 JACKSON- State Auditor Stacey Pickering has released an in-depth study of Mississippi’s publicly owned, rural hospitals’ financial health. Public finances and the efficiency and effectiveness of their use are areas frequently studied by the Office of the State Auditor.
The report will give both state and local policymakers a better understanding of where the publicly owned hospitals are financially positioned from statewide and national perspectives.
The study, which gathered data from audited financial reports for the years 2009-2012, includes 25 hospitals in Mississippi that meet the following conditions:
• They qualify as rural under the Office of Rural Health Policy’s definition
• They are publicly owned, general medical/surgical facilities according to the Mississippi State Department of Health
• They are not leased or owned by another hospital.
“According to United States Department of Agriculture estimates, 55 percent of our state’s population lives in rural areas,” Pickering said. “These local hospitals are necessary not just in providing Mississippians access to quality healthcare, but in playing a vital role in our communities as an economic engine.
“I want to emphasize that this report is not intended to predict failure and its results should not be construed as doing so, nor is it intended, by itself, to make any claims about the reasons for a given hospital’s financial performance.”
The study combined two different methods of assessing hospital financial health.  Both used profitability, liquidity and capital structure as measurements.  Two other areas used were age of facilities and solvency.
The report identifies three areas of financial well-being:  those ranking above the national average for financial strength; those below the national average but not on the verge of failing; and those in need of immediate financial attention.
“With this study, we found that while four hospitals are at risk, most are in very good financial standing and above national standards in most cases,” Pickering added.
Fifteen of the 25 hospitals reviewed did better than the national average. The four hospitals whose finances are of most concern: Montfort Jones Memorial Hospital, Kosciusko, Attala County; Natchez Regional Medical Center in Adams County, Tallahatchie County General Hospital in Charleston, and Tippah County General Hospital in Ripley.
“These hospitals all utilize public funds, and it is our obligation to make the best use of taxpayer dollars,” Pickering added. “State and local leaders can use the report’s findings to make hospital management decisions, and to change laws, policies, and regulations to better ensure that all residents have reasonable and close access to healthcare.”
The report is being provided to the hospitals’ administration, legislative leaders, as well as appropriate local officials, with a letter from Pickering explaining its contents.
Using the Financial Strength Index®, these hospitals rank “above the national average” for financial strength:
• Neshoba County General Hospital in Philadelphia
• North Sunflower Medical Center in Ruleville (Sunflower County)
• Tyler Holmes Memorial Hospital in Winona (Montgomery County)
• Jasper County General Hospital in Bay Springs
•Hardy Wilson Memorial Hospital in Hazlehurst (Copiah County)*
• Covington County Hospital in Collins
• George County Regional Hospital in Lucedale
• Magnolia Regional Health Center in Corinth (Alcorn County)
• Yalobusha County General Hospital in Water Valley
• South Central Regional Medical Center in Laurel (Jones County)
•South Sunflower County Hospital in Indianola
• Grenada Lake Medical Center (Grenada County)
•Calhoun County Health Services in Calhoun City
• Southwest MS Regional Medical Center in McComb (Pike County)
•Field Memorial Community Hospital in Centreville (Wilkinson County)
•Montfort Jones Memorial Hospital in Kosciusko (Attala County)
•Hardy Wilson Memorial Hospital in Copiah County and Noxubee County General Critical Access Hospital were included in the bottom quarter of the OSA designed assessment technique, which combines profitability, liquidity, capital structure, and solvency.
The study was completed prior to the Natchez Regional Medical Center in Adams County seeking legislative approval to file bankruptcy.  The measure was signed by Governor Bryant on March 14.