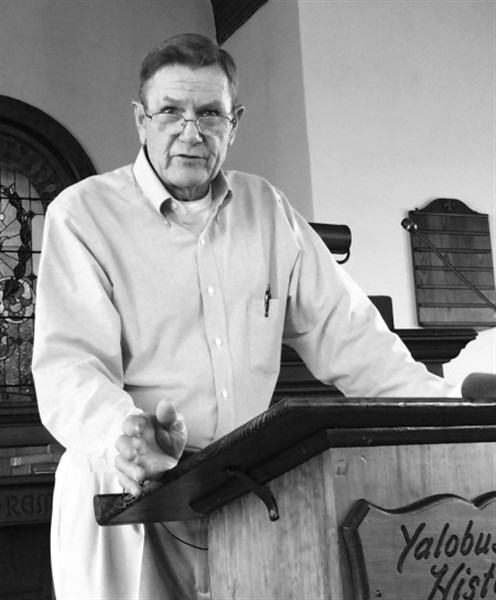 The discussion shed some light on the lives of the early settlers along the rivers and how in that time of poor roads and frequent flooding, they depended on steamboat transportation.  Bears were so plentiful in the area that Neilson called his home “Bearsden” and in a letter shortly before his company left Tallahatchie to enter service, he gave a first-hand account of a confrontation with a bear.

The talk focused on the Battle of Murfreesboro where Lt. Col. James L. Autry and Acting Major Edward Neilson both commanded the regiment for a time before Autry was killed and Neilson mortally wounded.  Readings from official records gave direct accounts of the two men.

The program also touched on the life of James L. Autry Jr.  Without his father as a bread-winner, Autry and his mother faced hard times in Holly Springs after the war.  Family fortunes were changed after the young Auttry went west to settle on land that the family owned in Texas near Corsicana.  This was bounty land that the family had acquired after the death of James L. Autry’s father, Micajah Autry, at the Alamo.

The young Autry had gained some success in the legal profession, but the discovery of oil in Corsicana really changed his life.  As counsel to oil man J. S. Cullinan, he followed Cullinan to Beaumont after oil was discovered near there.  In 1908, Autry moved to Houston where he was general attorney and director of the Texas Company, the forerunner of Texaco.

The Autrys were generous contributors to Rice University where today the college basketball team plays in Autry Court.

Joy Tippit and Pat Brooks announced annual fundraisers held for the maintenance of the buildings.