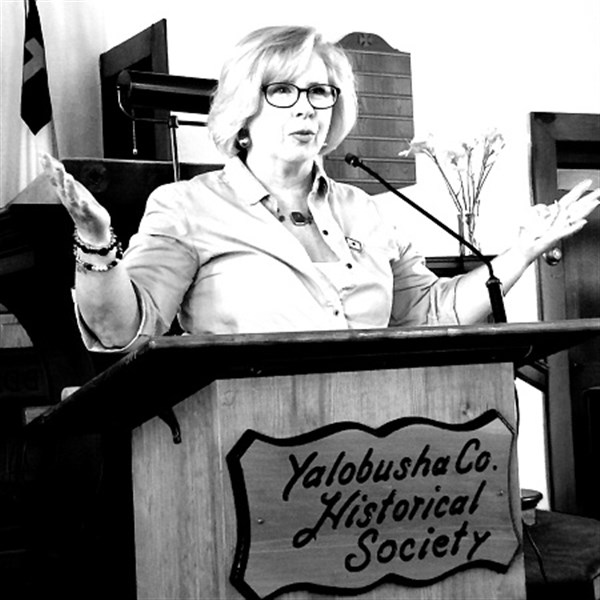 Tell the old old story over and over of our American heritage to our children was emphasized to Yalobusha Historical Society members and guests by Tricia Raymond as she shared her research on the history of the Pledge of Allegiance to our American flag.

The Pledge of Allegiance was written in August 1892 by the minister Francis Bellamy.  It was originally published in The Youth’s Companion on September 8, 1892.  In its’ original form it read:

“I pledge allegiance to my Flag and the Republic, for which it stands, one nation, indivisible, with liberty and justice for all.”

In 1923, the words, “the Flag of the United States of America” were added.    In 1954, in response to the Communist threat of the times, President Eisenhower encouraged Congress to add the words “under God,” creating the 31-word pledge we say today.

President Reagan stated, “If we ever forget we are one nation under God, we will become a nation gone under.”

Also, Tricia’s research turned up discoveries close to home.  She found in 1888 Minnie Markett of Water Valley won the essay contest sponsored by The Youth’s Companion to spur on the Schoolhouse Flag Movement .  She wrote a 600-word essay on the theme, “The Patriotic Influence of the American Flag.”  Minnie was the winner to represent the state of Mississippi and won a new American flag to place in front of her school.

Joy Tippit reminded members of the garden bag to be raffled in the July meeting.

Ed Sharp, Oxford MS is the speaker for the July 17, 2014 meeting, and his topic is “The Boundaries of Mississippi”.