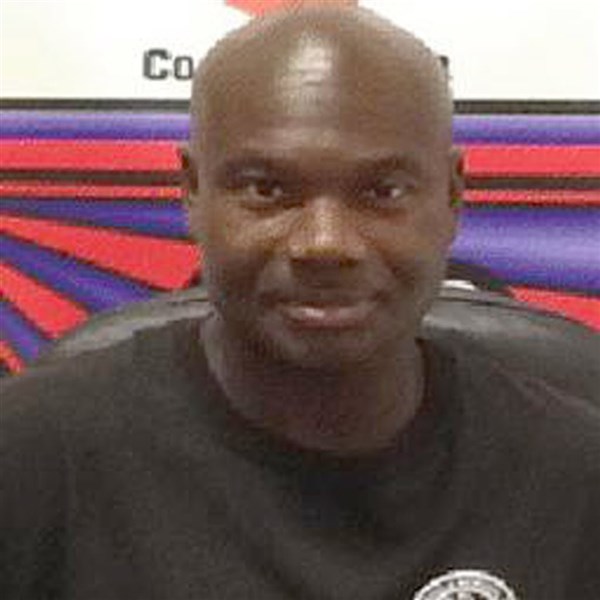 Larry Taylor has coached several championship teams during his career.

WATER VALLEY – The Blue Devils are getting a new head basketball coach with more than 33 years of teaching and coaching experience.
Larry Taylor is leaving his post as a Pascagoula City Councilman to take the position vacated by John Sherman.
Taylor was most recently a health and physical education teacher and head football/basketball coach at Colmer Middle School in Pascagoula, a job he held from 2008-2013.
Water Valley School District Trustees approved the hiring of Taylor at the board meeting Monday, July 7. WVHS Athletic Director Trey Allman said that the district had several quality candidates for the position. “We felt that he would be a good fit.”
“He brings years of experience in coaching and in talking with people we found that he is a quality person and a community leader,” Allman added.
Pascagoula City Manager Joe Huffman said that Taylor, who won the Ward 1 seat last year, had been great to work for. “He’s been a great Councilman. Larry’s a great person, and I’ll miss him.”
Taylor told the Herald that he is excited about being in Water Valley. Hopefully I’ll be everything they expect me to be.”
He found the job listed with the Mississippi High School Athletic Association and said he really didn’t think about moving from the coast to the hills. “One of my dreams was to coach again on the high school level. Water Valley showed up, I applied and I got the call that they wanted to give me an interview. There was something special about the situation.”
He said that on the drive up for the interview he got a great feeling. “I didn’t know what to expect, but when I got there it seemed as if I had found a place that was a part of my heart. The Water Valley area was beautiful,” Taylor continued. “The town was so unique. I arrived a few hours early for my interview and as I drove around the city I was very impressed and I really felt at home. There seemed to be a connection.”
During his career Taylor has been honored several times as coach of the year and has coached several championship teams. The philosophy he passes along to his student athletes is, “We have to be real about who we are; our weaknesses and our strengths. And then we have to develop a belief in what we can accomplish. We want to aspire to be great and do great things.”
Taylor expects to be relocated here by July 28.