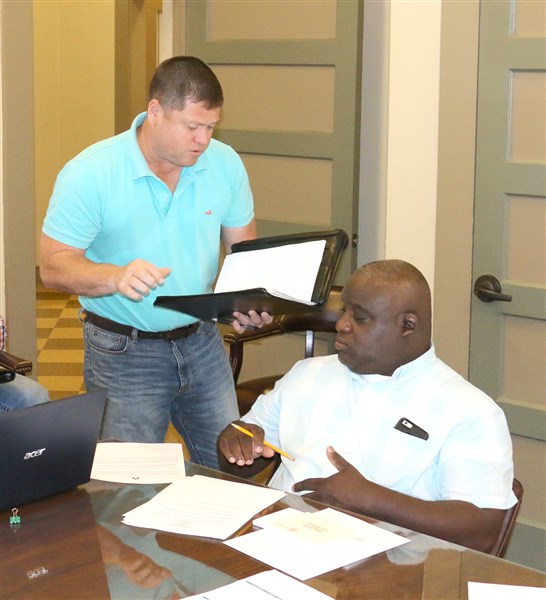 WATER VALLEY – Yalobusha Health Services (YHS) administrator Terry Varner received verbal support from county supervisors for a proposed $4 million-plus project that includes interior and exterior renovations at the hospital plus the addition of a second floor that would house a geropsychology unit.

Varner explained that the project is currently in the design phase and could go out for bid in March with a projected opening date for the geropsychology unit in late 2018.  The project would be primarily funded using revenue bonds, with potential for up to $600,000 in grant funding through two sources identified at Friday’s meeting.

Varner told supervisors YHS has invested heavily in senior care during the last decade and the geropsychology unit is the next logical step to serve the community. He also provided a handout describing geropsychology care, which is a branch of psychology that addresses the concerns of older adults including mental health disorders, depression and aging, anxiety and age-related illnesses.

“The geriatric population has health needs that are really being under served in the county,” Varner told supervisors, explaining that patients who need this service are currently sent to facilities in Batesville or Houston.

Varner next showed figures that seven patients in the new geropsych unit would generate around $600,000 in income annually. He said the debt service payment would be around $21,000 monthly, which means three patients per day would be the break-even point for the debt service.

Varner also said YHS is currently servicing $21,000 monthly in debt service, $7,000 for the Arrington Medical Clinic in Coffeeville and $14,000 for the Oakland Clinic – debt that will be retired soon.

Also discussed at the meeting was the applying for an Appalachian Regional Commission (ARC) grant and a Development Infrastructure (DIP) Grant program through Mississippi Development Authority (MDA) that could fund as much as $600,000 of the project if both are awarded.

“The hospital has a tremendous reputation for taking care of people in their older years. This will compliment what they are trying to do,” Board President Cayce Washington said.  “I think we need to give the hospital the support they need to proceed with this. I think it is a positive thing for our community.”

Speaking after the meeting, Varner said the work will complete a long-range plan that started more than a decade ago and has been implemented in multiple phases with a total investment of over $15 million during the last 15 years for additions, renovations and equipment at the top rated nursing home, hospital and clinics around the county. He also said that the majority of investment during that time has come from short-term loans or the entity’s cash flow.

Varner said the second floor will add 8,000 square feet, and the work will also include a long overdue lab renovation, an updated look on the outside and renovating the interior to add new medical services in the future.

“We are adding or renovating a total of 15,000 square feet,” he explained. The tentative construction start time is next summer and will take a year.