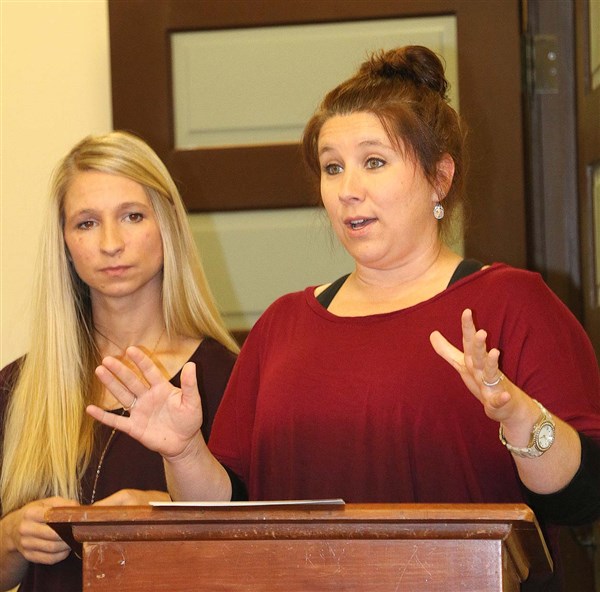 WATER VALLEY – The Second Chance Animal Alliance (SCAA) may be a step closer to building a new animal shelter after supervisors tentatively agreed to provide land on Hwy. 32 near the new county jail. Speaking at a recessed meeting last Friday, SCAA member Mandy Beard told county officials that the organization has a donor who will fund the construction cost for a new animal shelter and requested the use of the county-owned property.

Her visit marked the third time SCAA volunteers have reached out to the county for support, making an initial visit to supervisors in May, 2015, before returning almost a year later in April with a plea for support for animal care in the county. A problem identified in the previous meetings and voiced again Friday is not having the resources to address the dog problem in the county.

Currently SCAA has an agreement with the City of Water Valley to address abandoned, neglected or abused dogs within the city limits. The city support includes funding including a part-time city employee that helps with the animal care, plus the use of the city pound, a facility identified by the SCAA as inadequate in terms of size and layout for a long-term, humane shelter.

“We are drowning in county calls. We have moved 30 dogs in the last month-and-a-half,” Beard told supervisors, adding the organization doesn’t have the resources or space to handle many of the calls that originate in the county.

“We would like to do more, but right now we can’t. People that call us (in the county) don’t understand when we say we can’t take their dog,” Beard added. She also said the Oxford animal shelter is overrun with calls from the Water Valley area.

Beard said the location next to the jail and sheriff’s department would be ideal, citing the nearby law enforcement presence and highway visibility for the shelter. She also said SCAA volunteers would continue to staff the center.

“This has been our baby, we got it going and we want to stay in charge of it,” Beard told supervisors.

The deal will hinge on several details identified at the meeting, including entering a partnership with the City of Water Valley to operate the shelter, taking the necessary legal steps authorizing the county to lease or donate the land to SCAA and ensuring the animal shelter doesn’t impede the operation of the jail.

“This is assuming this is permissible, when you donate you are not talking about a long-term lease,” Board Attorney John Crow said about the potential land transaction between the county and SCAA. Crow explained that cities have broader statutory authority than counties to transfer land to a non-profit organization.

“Anytime you sell or lease county property you have to comply with statutory law for bidding, but there are some exceptions. But this probably falls within the exception because of their legal status as a non-profit and this benefits the county,” Crow explained.

Sheriff Lance Humphreys recommended putting the facility west of the jail and using a separate driveway to keep a buffer between the shelter and the jail.

“We think this sounds good. It sounds like the sheriff is on board. We are on board with investigating the spot and making sure it will work,” Board President Cayce Washington added as discussion on the matter came to a close. “We appreciate what y’all do.”