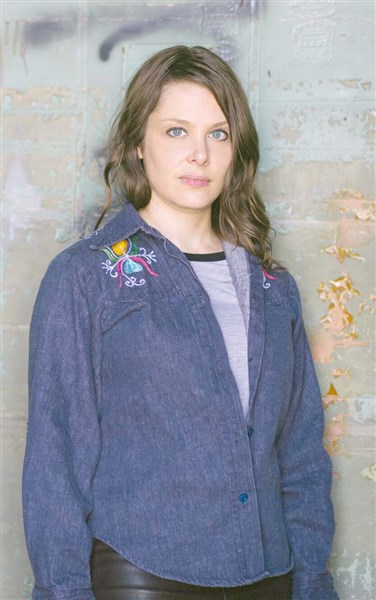 On War Surplus, Warren relays the affecting, gritty and candid tale of the relationship between an Iraq-bound soldier named Scott and his girlfriend, June. As the story unfolds, the two meet, fall in love, and then struggle to hold it all together when he returns from his deployment a changed man living with the echoes of PTSD. From the record’s award-winning lead track “Call Me Sometime” straight through ‘til the last note, Warren weaves a compelling musical narrative rooted in her own life experiences and the rich sounds of Americana and rock & roll, all the while channeling the bold yet unaffected spirit of Neil Young, the compassion and grit of Steve Earle, and the fiery, bourbon-soaked vocals of Lucinda Williams.

A record concerned with real human stories, War Surplus is also refreshingly devoid of political posturing, and deeply respects the experiences of veterans and their friends and family. “The album deals with some heavy themes, Warren says, “but it was also important to me that it be catchy and fun to listen to.”

According to the Huffington Post: “Once in a blue moon, you’ll hear an artist for the first time who presents a debut solo album with moving music and stirring lyrics that immediately touch the heart and soul. In 2016, Nashville singer-songwriter Becky Warren is that artist, and the potent, poignant War Surplus is that album.”

The Old School Theater is a revitalized 250-seat school auditorium located inside the Melonvine Marketplace on the south side of Water Valley at 817 South Main Street. Foster Music & Arts regularly presents both national and regional music acts at the theatre with the stated mission of “cultivating the best live music in North Mississippi.”