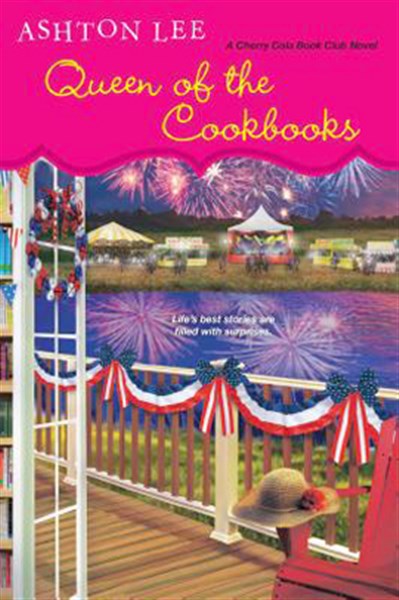 Oxford writer, Ashton Lee, will be appearing at the B.T.C. Old-Fashioned Grocery Store and Dixie Belle Cafe on Wednesday, November 30 from 2 to 5 p.m. for a book signing for his new novel in his ‘Cherry Cola Book Club’ series–‘Queen of the Cookbooks.’  The series is about a feisty, young northeast Mississippi librarian, Maura Beth McShay, living in the fictional town of Cherico where she deals with local politicians who want to shut down her library.

Throughout the series, we see her outmaneuver the good ole boys, fall in love, get married and form a book club that becomes an alternative family.  We also follow the trials and triumphs of the book club members who run the gamut from younger to older, black and white, single, divorced and remarried. All sorts of topical issues emerge, including Alzheimer’s, dyslexia, stalking, second-chance romance, handling grief and library censorship.

When Lee read an article in the Daily Journal by Ginna Parsons last year about the B.T.C. Old-Fashioned Grocery Store and Dixie Belle Cafe, he was charmed and decided to check it out for himself on a trip to Water Valley.

“I was so taken with what Alexe and Dixie were doing that I decided to include their store and cafe in ‘Queen of the Cookbooks.’

“Much of the first chapter takes place in Water Valley at the B.T.C. As a native-born Mississippian (Natchez), I like to publicize the positive things about our state, and this was one of the ways I could do so,” Lee explained.

In the plot of ‘Queen of the Cookbooks,’ Maura Beth moves into a brand-new library after suffering for years in the ill-funded one she inherited with no help from City Hall.  She invents a cook-off contest in which prizes will be awarded for best appetizer, best entree, best dessert and best overall dish which wins the ‘Queen of the Cookbooks’ grand prize.  There’s a bit of behind-the-scenes sabotage among some of the chefs once the contest gets underway.

There are also down-home, Southern, comfort food recipes at the back of each of the five novels that have been published so far. Copies of all five novels will be available for purchase and signing, but Water Valley citizens will certainly enjoy the inclusion of their town in this newest addition to the series.”