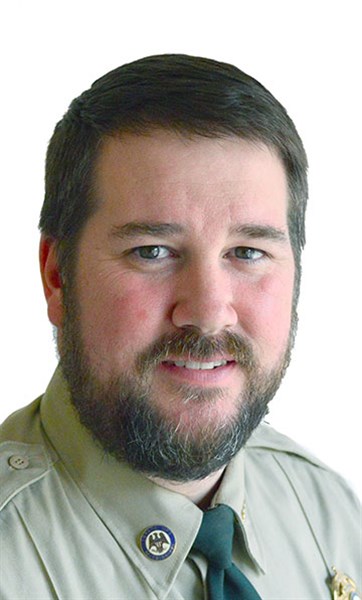 TILLATOBA – A Yalobusha County man remains behind bars after deputies charged him with a burglary reported last month at a Tillatoba business.

Sheriff Lance Humphreys reported Jimmy Joe Putt, 29, was charged with burglary, petty larceny and malicious mischief after allegedly breaking in Kathy’s One Stop in Tillatoba in mid-November. Deputies were able to make the arrest after cigarettes stolen during the burglary were returned to the same store for a possible exchange.

“They weren’t his brand,” Humphreys explained about the lead that broke the case, adding that the person who brought the cigarettes back to the business had allegedly purchased the stolen goods from Putt. The lead allowed investigator Jerimaine Gooch to bring Putt in for an interview that led to the arrest.

“The suspect gave incriminating statements during the interview that helped close the deal for us,” the sheriff explained. The estimated value of the cigarettes was $119, and the damage to a window during the break-in was $119.

Deputies uncovered a bag with suspected crystal methamphetamine in Adams’ pocket and more suspected drugs in his pickup after he consented to a search. The sheriff also said a set of digital scales was discovered in the truck. He was charged with possession with intent to distribute and transported to the Yalobusha County Jail.

Humphreys added that only a handful of break-ins have been recorded in the county in the weeks leading up to the Christmas holidays.

“Usually we see an uptick in break-ins during this period, I have talked to a number of sheriffs across the state who reported a substantial number of burglaries in recent weeks,” the sheriff explained.

“I can’t stress enough for everyone to keep an eye on their neighbor’s house and ask your neighbor to watch your house,” Humphreys said. “This is not only important when you are planning a holiday trip but also is a big help everyday when a lot of our residents are working.”

Humphreys also said deputies will perform a house check if you are leaving town for several days or longer. Contact the sheriff’s department at (662) 473-2722 and tell the dispatcher you want a security check at your residence.

“All we ask is for you to fill out a simple form which includes the dates you will be gone as well as a local contact person in case we have an emergency,” Humphreys explained. “Deputies will keep a check on the residence as much as they can,” the sheriff explained.

Other safety tips recommended by the sheriff to help minimize your risk for being a target during the holidays include:

• Always park in a well-lit and well-traveled area.

• Keep an eye out for people following you as you head to your vehicle.

• Keep your keys in your hand when approaching your vehicle and be ready to unlock the door. Don’t delay by fumbling for your keys.

• Place purchases out of sight in vehicles if you’re not headed home right after shopping. The best place is a locked trunk.

• Don’t leave your purse, wallet or cell phone or any other valuables in your car where they can be easily viewed.

• Always lock your vehicle and keep your windows closed, even when driving.

• If you go to an ATM for cash, check for people around and make sure it is in a well-lit and safe location.

•  Carry only the credit cards and cash you need. Avoid carrying large amounts of cash.

•  Keep track of your credit and debit card purchasing history by comparing it to your receipts. Report any fraudulent charges.

•  When using a credit or debit card, keep the card close to avoid data theft.

• Lock all doors and windows when you leave the house, even for a few minutes. Be mindful of electrical cords running out windows or doors that can prevent you from securing your home.

• When leaving home for an extended time, have a neighbor or family member watch your house and pick up your newspapers and mail.

• Leave a radio or television on in the house so it sounds like someone is home.

• Don’t post details about your travel plans on social media.

• Don’t display holiday gifts where they will be visible from the doors and windows of your home.

•Make sure your Christmas tree is mounted on a sturdy base so children or pets can’t pull it down.