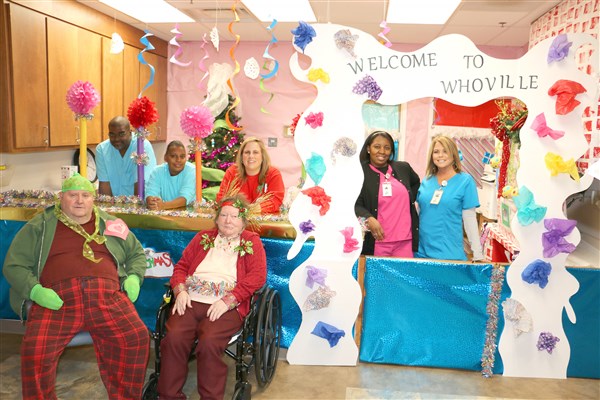 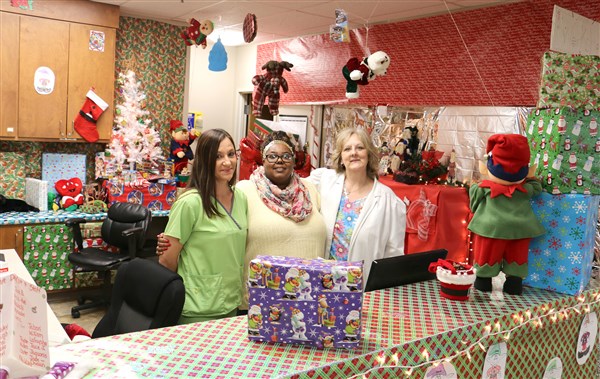 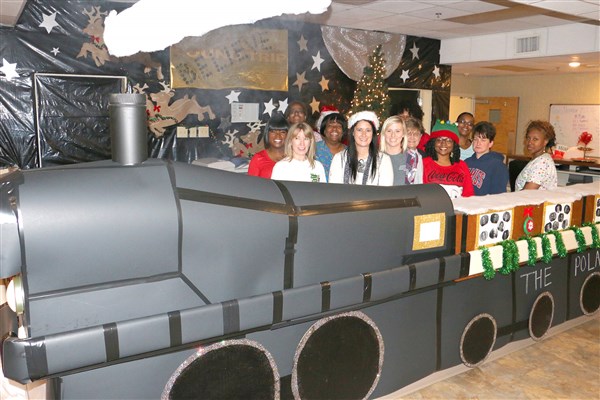 The Spears Wing nursing Station was transformed as the Polar Express’ train stop, as the residents prepare for the journey to the North Pole. 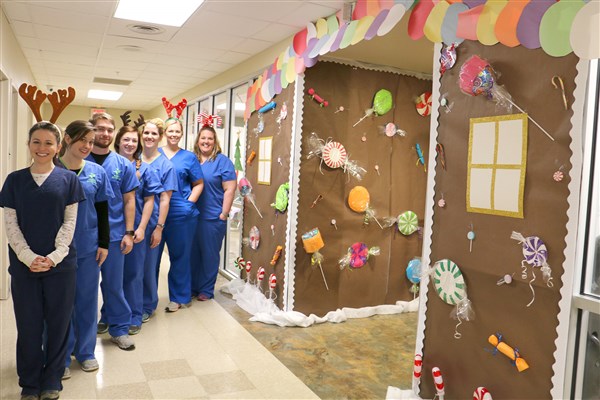 WATER VALLEY – In the weeks leading up to the holidays, the nurses and crew at Yalobusha Health Services decorated three nursing stations and the entry into the physical therapy division in the second annual Christmas decorating contest. The competition is intense and the residents even join the fun as each station is decorated with a different theme to share the holiday spirit.

Over at the Spears Wing, the crew had assembled the Polar Express complete with smoke coming from the fogging machine and theme song playing as the residents gathered around during judging last week.

“It makes me think of the time when I went to Jackson when my husband was going to war,” Yalobusha Nursing Home resident Alice Hayles reported. “That was the first time I ever rode on a train.”

At the South Wing nursing station the crew had assembled Santa’s workshop with an assembly line carrying the toys across the station. The cardboard creation also included reindeer, Santa’s sleigh and the completed presents ready for Santa’s annual trip.  All of the residents were included as elves in the display as their names were included in the scene.

Down the hall at the East Wing, the Grinch greeted visitors from Whoville, with Whos gathered around. Resident Durwood Oakes reported he had previous experience as Santa Claus, but this was his first appearance as the Grinch. Resident Shirley Allen joined him singing Jingle Bells.

At the physical therapy division in the hospital, giant candy adorned the walls in Candy Land. The patients also joined the fun, decorating Christmas trees that were taped to the walls.

“We got the patients involved. It was a whole family effort of the Yalobusha community,” Carol Shepard explained. “We want to win.”

That’s because last year, the judge threatened to declare multiple winners – the decorations were that good!

So I relayed the “panel” of judges would make a decision after careful consideration we are proud to announce Whoville earned top honors.

“It was Mr. Durwood and his green stocking hands that helped the East Wing win the contest,” Herald editor David Howell explained.