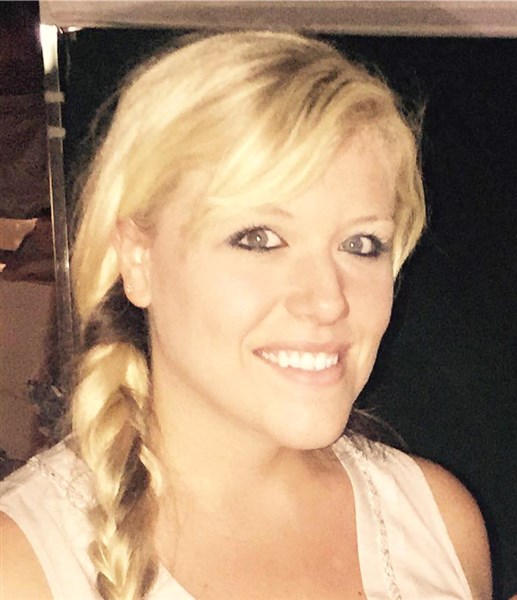 Kayla Thomas, age 25, was critically injured in an accident on New Year’s Eve. Support for her recovery has poured from the community, churches, individuals and groups from over 15 states.

WATER VALLEY – It’s been two and a half weeks since Kayla Thomas was critically injured in a vehicle accident on New Year’s Eve and her fight, first for survival and now for recovery, has been on the hearts and minds of countless family members, friends and even strangers.

“I have seen a powerful outpouring of support from the community, churches, individuals and groups from over 15 states,” her dad, Roger Thomas, told the Herald. “It has been overwhelming.”

Both Roger Thomas and Kayla’s mom, Lisa Thomas, have provided updates about her condition on Facebook. The updates started out as a way to keep her extended family and friends updated, but quickly transformed into a daily prayer chain filled with love and support.

“My baby would not have made it without the prayers that she has had all over the world. I thank you from the bottom of my heart,” Lisa Thomas shared on Facebook Sunday.

The accident occurred just south of Water Valley around 4 p.m. on County Road 436 when Kayla lost control of her vehicle, ran off the road and struck a large tree, causing her vehicle to overturn. Inclement weather kept the medical helicopter from flying to the scene, and she was initially transported by Yalobusha EMS to Baptist Memorial Hospital in Oxford. After she was stabilized, she was transported to North Mississippi Regional Center in Tupelo, where she remains in the intensive care unit.

As a 35-year veteran of the Water Valley Police Department, Roger Thomas has also responded to countless accidents and tragedies, and has witnessed the heartache families experience first hand. Following the accident, he has reached out to many people who played a key role in getting Kayla the help she needed, especially in those first critical hours.

“I want to say how much I appreciate Jeffery Swindle and Nick Fason with Yalobusha EMS, your response to Kayla’s wreck enabled her to make it to the Oxford hospital and helped save her life,” Roger Thomas said. He also reached out to the Yalobusha County Sheriff’s Department and deputy Jim Bailey, who responded to the accident.

“Kayla was surrounded by heroes that day and I am truly appreciative of all of you,” he added. “Sometimes we forget there are heroes in the emergency rooms, trauma centers and hospital across this country every day.”

Taking It A Day At A Time

Kayla’s injuries are severe – she suffered a compound fracture to her left leg, fractures to her elbow and pelvic bones and damaged her knee. She also sustained spinal injuries and one lung collapsed due to pressure in her chest cavity. It was four days after the accident before Kayla woke up and briefly held her dad’s hand.

On January 4, she had her first surgery in what her family described as the first of many in the weeks ahead.

“My baby girl held my hand tonight, she looked at me with open eyes and I could feel her pain,” Roger Thomas said.

On Roger Thomas’ daily updates on Facebook, sometimes the news is good and on other days there are setbacks.

“Progression can be measured in several methods. Ours is measured in time and improvement. There are a couple of improvements and a few set backs,” he shared Monday.

Kayla, 25, still faces numerous surgeries and weeks in the intensive care unit at North Mississippi Regional Center in Tupelo, and many months of physical therapy.