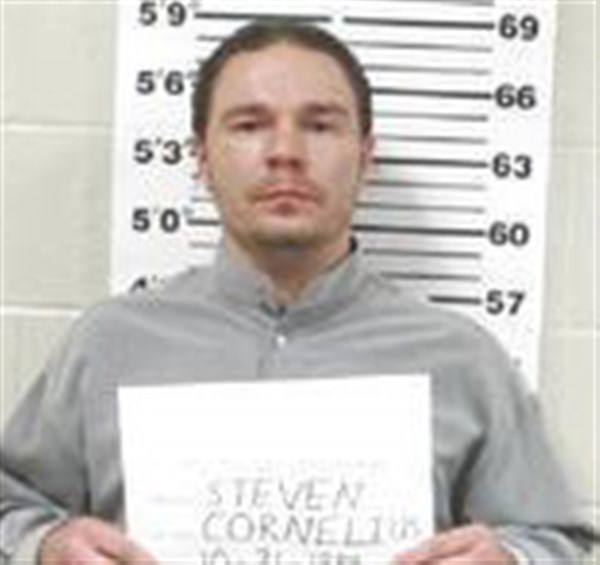 “An alert bank employee was able to determine something wasn’t right when she checked the account, a similar check was cashed in Batesville the same day and the numbers were out of sequence,” Smith reported.

Officers made the arrest without incident at the bank and learned that Cornelius had been picked up in Memphis by three other men who had orchestrated the scheme.

“Apparently he was homeless, they took him to Goodwill and got him some clothes before they started visiting banks in north Mississippi,” Smith also said. “They paid him $135 for each check cashed, he had $305 in his pocket from the day’s work,” Smith explained. The three men apparently fled as officers responded to the bank and took Cornelius into custody.  He was initially booked at the Yalobusha County Jail, but expected to be transported to Batesville for questioning about the earlier incident.

Officers also arrested Menna Turner, 19, of Coffeeville for possession of a controlled substance, possession of paraphernalia, no driver’s license and no proof of liability insurance on Jan. 14. Turner was taken into custody at a driver’s license checkpoint at the intersection of Hickory and Barberry Street.  Smith reported that his officers detected the smell of marijuana and were given verbal consent to search her vehicle and discovered 1.59 ounces of apparent marijuana. She was booked in the Yalobusha County Jail and released on a $10,000 bond.