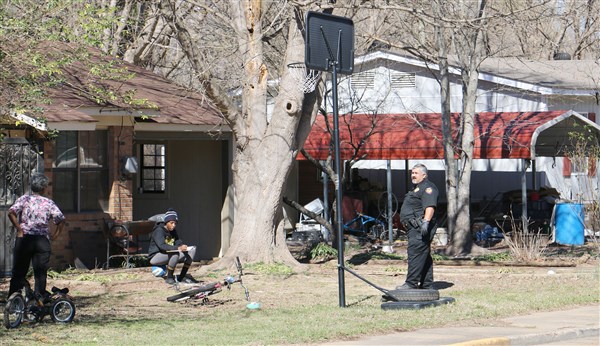 WATER VALLEY – Multiple shots were fired on Jones Street last Thursday morning in an apparent dispute that remains under investigation by the Water Valley Police Department. Police Chief Mike King reported there were no injuries and his department has identified a person of interest in the case.

Evidence was recovered at the scene including a white lighter laying in the street believed to belong to the shooter as well as several 9 mm spent cartridges. A piece of the bullet was also recovered from the carport of one of the houses.  Evidence has been transported to the crime lab for analysis.

• Officers arrested Scott Lexa and Mona Bowles for auto theft on Feb. 14 after the pair allegedly stole a car, wrecked it on County Road 25 and then fled. The owner of the vehicle reported Lexa had driven the car in the past, but was banned from using it after she discovered he did not have a driver’s license.

Both Lexa and Bowles were taken into custody at 709 N. Main Street after an officer went to the residence. Lexa had cuts to his head and face, both hands were swollen and he was complaining of his neck hurting.

Lexa was transported to  Baptist Memorial Hospital in Oxford for treatment before he was released into police custody.

• Teresa Hobson was served with a seven-day notice to clean up her property at 1168 Stephens Street after officers received a complaint about trash and junk in the yard on Feb. 10.

• Officers investigated a burglary at the First United Methodist Church on Feb. 21 after a church employee reported someone had entered the activity building and had a party. Reported missing were chips and cokes, but it also appeared the suspect or suspects ate some chicken while inside the building. “They brought their own chicken,” the police report noted.

The police activity log includes multiple reports of enforcement of the city’s animal ordinance. The incidents include:

•  On Feb 7, an officer was dispatched to Charlie Harris Apartments on Charlie Harris Drive for a report of a pit bull chasing children and trying to bite them.  According to the police report, the officer observed a child with the dog running not far behind him. The officer intervened until the city’s dogcatcher, Mike Scroggins, arrived and was able to catch the dog within a few minutes in a trap. The dog was initially held at the police department until a Second Chance Animal Alliance (SCAA) was able to accept the dog at the city pound.

• On Feb. 8, an officer was dispatched to Airways Acres and Market Street for a dog running at large. The officer noted that the owner, Roger Caldwell, was cited according to city ordinance for running at-large.

•On Feb. 15 an officer responded to 217 Calhoun Street for a report of a stray puppy. The officer transported the puppy to the police department and it was picked up by a SCAA volunteer the next day.

• On Feb. 16, an officer responded to a dog complaint at Edgefield St. The complainant stated that the dog belonged to a neighbor and had been secured to a tree in their yard. She also stated that a police officer had responded a day earlier regarding the same dog. The dog’s owner, Tremaine Rowsey was cited for violating the city’s dog ordinance.

• On Feb. 18, an officer received a report of a dog chasing a child on North Main Street. The owner, Teresa Stegall, was located and cited for violating the city’s dog ordinance.