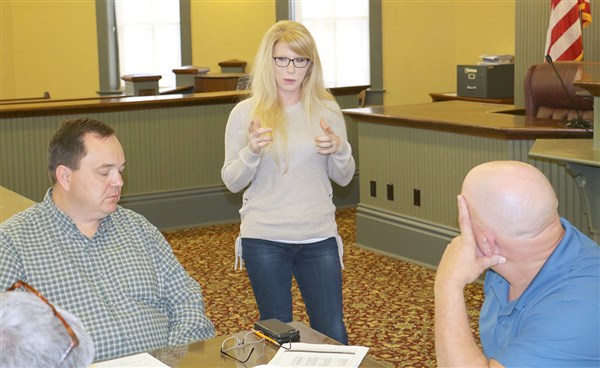 COFFEEVILLE – The Second Chance Animal Alliance (SCAA) has purchased property for a new animal shelter in the county and is seeking assistance from supervisors to help combat animal problems in the county. Speaking at Monday’s supervisor meeting, SCAA President Melissa Smith explained her group will have a new facility available in the next six to eight weeks on Hwy. 315.

The donor-supported, non-profit organization was founded in Water Valley in late 2014, by volunteers, and much of their work has been caring for dogs picked up by the City of Water Valley’s animal control officer. But the group has also repeatedly reminded county officials, starting in 2015, that the animal problem is intermingled between the city and county.

On Monday Smith explained the group’s desire is to develop a plan where the city and county could work jointly with SCAA. She also reminded county officials that SCAA already fields numerous calls for help with dogs in the county.

“We want to see how the county can offer us a helping hand with us in agreement that we open our doors to county dogs,” Smith continued.

Smith explained that SCAA plans to maintain the current contract with the City of Water Valley, except the organization would no longer utilize an outdated shelter provided by the city. She explained the city also pays for water and electricity the organization uses, as well as a stipend for each dog sheltered. Smith also said the city pays for a part-time employee to help at the shelter.

She provided details about calls SCAA typically receives from residents in the county, which includes helping spray or neuter pets or finding homes for puppies or abandoned dogs.

Board Attorney John Crow explained that the state law does not allow the county to allocate money directly to SCAA, instead the money would have to flow through the City of Water Valley in an agreement between the entities.

“I’m in favor of doing something, I think it will be important for me to understand how it would work,” Board President Cayce Washington explained. “Are we talking about horses and cats, other animals too?”

“We’ve done that, we’ve rehomed horses, we’ve rehomed cats and even pigs,” Smith answered. “We are not just Second Chance Dog Alliance, we are Second Chance Animal Alliance. If you make the phone call, we have someone in the five of us that is educated on whatever animal it is,” she continued.

“We absolutely have to do something, I don’t know what it is or how we want to do it. But we got to figure it out,” District Three Supervisor Lee McMinn explained, before recommending that two supervisors meet with SCAA to map out a plan. Following his recommendation, McMinn and District 2 Supervisor Ken Rogers volunteered to work with SCAA on the matter.