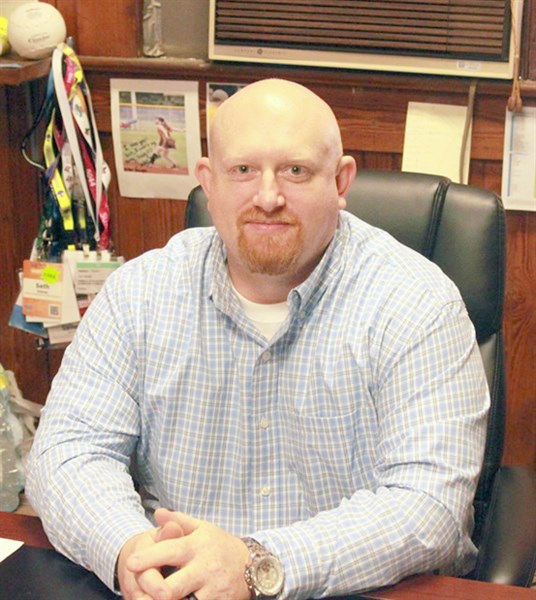 OXFORD – A new challenge, with a new blank canvas to paint on, drove Kris Brasher to pursue the position he was recently hired for at the Oxford Park Commission. Brasher is the new Administrator of Leisure Lifestyles program as well as the Aquatics Director for the Oxford City Pool.

Brasher came to the OPC after spending the past 19 years working at the North Mississippi Regional Center. His focus was with the recreational therapy department. For 15 of those years at NMRC, Brasher served as the aquatics director and was certified in aquatic therapy and recreation that benefited the clients of the facility. Brasher based his activities on how they could help individuals. That’s exactly what he wants to do for those that take part in all of the classes the LLO offers.

“I thought that I could be good for this program and I thought the program where I was, I thought it could be almost better served with a fresh set of eyes in there with new ideas,” Brasher said.

Brasher, who calls Coffeeville home, earned a master’s degree in Parks and Recreation Manage-ment from the University of Mississippi. He attended and matriculated through Kirk Academy prior to that.

The residents of Oxford and Lafayette County are important to Brasher, who described himself as a people person.

“I want to make a bigger impact and that’s why it was time for something new,” Brasher added. “We want to grow LLO. It will be easier to accommodate growth once we get this new building. We’re going to critique everything that’s going on right now and see how we can maximize our space, maximize our schedule. For at least the next month, I’m going to meet with most of the classes. I’m going to be present and speak to the patrons and build a rapport with all of the instructors.”

This summer will be a busy one for Brasher as he learns the ropes at the city pool under the direction of OPC Deputy Director Bubba Robinson. In 2018, Brasher will be the one who has to manage the facility, and he needs to know all the details, the ins and outs, in order for that transition to go smoothly.