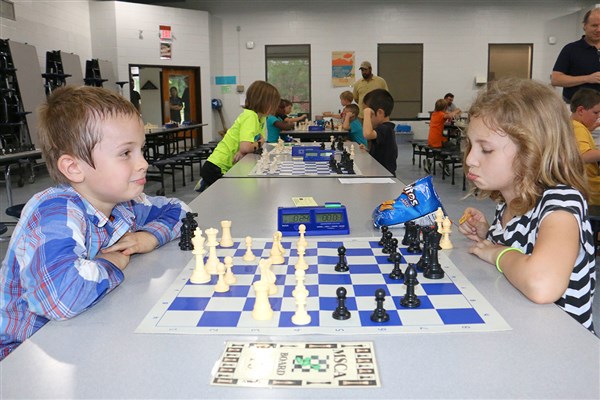 Water Valley 4th-grader Anthony Butler Jr. (Anthony Sr and Angel Green) tied for 3rd place in the K-5 section. Anthony scored 3 wins and 2 losses.  Although Nethanel Dunn (Mike and Karen) is in the 5th grade at Davidson Elementary, he played-up to the K-8 section and finished 3rd with 3 wins, 1 draw against Robert Kyser (who finished 1st in K-8), and 1 loss against Saatvik Agrawal (who finished 2nd in K-8).

Water Valley’s 7th-grader Hayden Eubanks (Rodney and Nicole) and 8th-grader Matthew Dunn (Mike and Karen) were both asked by the Tournament Director to play-up into the K-12 section so the strongest players in the tournament would all have a chance to play against one another.  Matthew tied for 1st place with Justin Fulcher of Desoto County with 4 wins each.  Matthew beat Justin in round 1, but lost to Hayden in round 5.  Justin beat Hayden in round 2.  Hayden finished in a clear 3rd place with 3 wins, 1 draw, and 1 loss.  Some of these players are bound to face each other again on Saturday at the State Individual Championship Tournament in Jackson.