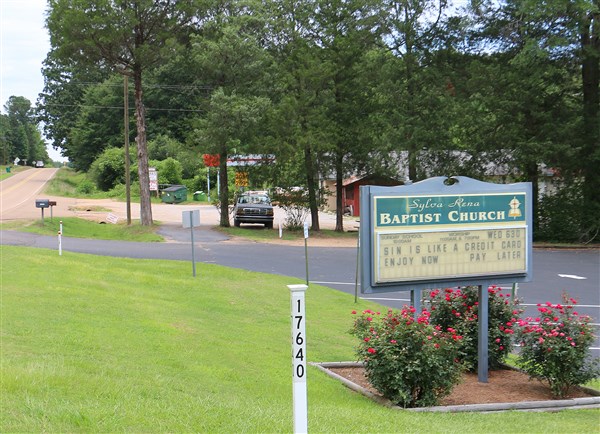 After the 2007 beer ordinance was enacted there have been two stores in the county prohibited from selling beer because they are less than 300-feet from a church – one on Highway 32 west of Water Valley in the Sylva Rena community and another on Hwy. 51 near Enid Dam. Previous owners of both businesses asked for the requirement to be shortened after the ordinance was adopted. Measurements taken show both stores are just under the 300 feet requirement from nearby churches.

WATER VALLEY  – A potential change in the county’s 2007 beer ordinance could come next month after supervisors have discussed the possibility of allowing convenience stores in the county to sell cold beer to-go.


The matter first surfaced during the June 5 supervisor meeting when Tillatoba Truck Store owner Tommy Griffis requested an exemption from the ordinance that currently requires businesses in the county to sell hot beer unless it is served in a restaurant with a meal. The topic surfaced again in last Thursday’s recessed meeting and a vote on the proposed change is on the agenda for the July 5 meeting.


Griffis told supervisors the restriction puts his business at a disadvantage, as motorists traveling on I-55 can purchase cold beer at exits north and south of him.  His request appeared to receive favor from three supervisors – District 3 Supervisor Lee McMinn, District 5 Supervisor Gaylon Gray and Board President Cayce Washing-ton – except that instead of granting an exception the discussion focused on changing the actual ordinance to allow all businesses in the county to sell cold beer to-go.


“The way I look at it, folks in Yalobusha County didn’t vote in hot beer when they voted beer in, they voted in cold beer,” Gray said during the discussion.


The county’s ordinance was adopted in late 2007, a week after voters in the county favored legalizing beer by an almost two-to-one margin. The ordinance does not allow Sunday beer sales; restricts sales to hot-only except in a restaurant for on-premises consumption; does not allow and requires businesses to be at least 300-feet from churches, schools, kindergartens or funeral homes.


The 300-feet distance requirement also surfaced in last Thursday’s meeting after Gray asked if supervisors were going to address it.


“Right now you are at 300 feet,” Crow answered before asking the board for input.


Washington expressed favor for shortening the distance, but first acknowledged the sensitivity of the matter.


“I am probably going to say some things that go against the grain of some of the people I represent. Many of you know that I have been affected by alcoholism as much as any body out there, personally in my own life, with my father taking my brother’s life. That was alcohol-related,” Washington said, adding  “I grew up in it.”


“But being a business owner is a tremendous risk,” Washington countered.


“I don’t want to disrespect a church at all. But I think people have a choice when they wake up every morning. I can walk in a church door or walk in somewhere else.  My church has been on trips where we stopped at Outback Steakhouse. They have a bar that serves alcohol and signs everywhere. I think it goes back to personal responsibility,” he explained.


Washington cited the Sylva Rena store as an example, explaining potential loss of business as customers make opt to pass the store because they can’t pick up beer when they stop for gas or other items.


“We appreciate your bravery,” Lee McMinn told Washington before adding that he needed a little more time to think about the distance requirement in the ordinance.


“I have got to have a final draft,” Crow explained, referring to having the proposed changes in writing for the July meeting.


“I will share with you my thoughts and you can pass it along,” McMinn told Washington.