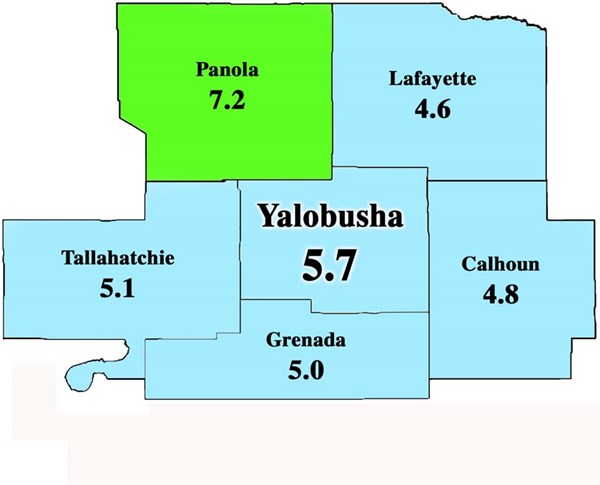 WATER VALLEY – After the county’s unemployment rate dipped to a 22-year low in April at 4.3 percent, the monthly rate climbed back up in May to 5.7 percent.  The Mississippi Department of Employment Security (MDES) reported there were 290 jobless people in the county out of a total workforce of 5,080.

Issaquena County had the highest unemployment rate for May at 12.8 percent followed by Jefferson County at 12.6 percent.

Statewide the monthly MDES report showed the seasonally adjusted employment rate was 4.9 percent in May as the number of unemployed people in the state dropped to 64,100. May’s 4.9 rate the lowest level since the U.S. Department of Labor began publishing state unemployment rates in January 1976.

Seasonally adjusted data removes the effects of events that follow a more or less regular pattern each year such as the influences of weather, holidays, the opening and closing of schools, and other recurring seasonal events. These adjustments make it easier to observe the cyclical and other non-seasonal movements in a date series. Amounts are seasonally adjusted at the national and state level only.